There is a saying that “hell hath no fury like that of a women scorned.” The usual context of this is when a man dumps or breaks up with a woman.

Overview: Charges upheld against woman soliciting forcible rape and sodomy by posting ads online to go to another woman’s house for sex.

The following case involved a different context of this furry. Kathy Rowe was angry when another woman and her husband outbid her on a home. In response, Ms. Rowe began a nasty campaign against the woman.

In response to the ad, one man expressed interest in visiting the home. Rowe told one of the men that she “loved to be surprised” and have a man "force his way in the door and on me, totally taking me while I say no.” She told the man, “just stop by any Monday- Friday, 9 a.m. – 3 p.m.” The man responded, “what’s the address, do you have any pics and a description of yourself?” Rowe then sent the man a picture of the woman, taken from a social media website and asked, “what do you think of my photo?” Rowe added that she enjoyed sodomy. 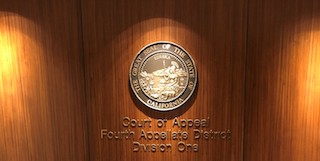 Court of Appeal Fourth Appellate District Division 1 San Diego
Rowe also replied to another man’s inquiries in response to the ad. Rowe told him to stop by the woman’s house “any Monday – Friday, 9 a.m. – 3 p.m. I like the element of surprise.” The man then asked for the home’s address and Rowe gave him this. About two weeks later, the same man sent Rowe an e-mail, asking if she was still available. Rowe answered, “absolutely.” The next day, Rowe sent another reply to the same man, “I’m available all week. Maybe we can have a nooner on your lunch hour?” It merits mention that the woman had two young children.

A few days later, the man went to the house and the victim’s husband was there. The man then e-mailed Rowe, telling her about this. Rowe responded, “Don’t worry, he won’t intrude on us unless we want him to.”

Rowe also put the home of the women up for sale online, put a hold on the women’s mail and her husband’s mail and ordered over $1,000 of unsolicited magazines, books, and junk mail sent to the home. Ms. Rowe also sent Valentine’s cards from the woman’s husband to the wives of the neighbors near the house. Furthermore, she posted an online announcement for a free Mexican firework’s give away at the house on the Fourth of July.

The prosecution appealed this ruling to the Fourth Appellate District.

The appellate court noted that its review of the underlying ruling was de novo, but that it was bound by any factual findings made by the trial court. Its review was otherwise independent in nature.

The appellate court noted that in the preliminary hearing, both men who sought sex authenticated and corroborated the e-mail exchanges. A detective who initially questioned Rowe also testified that Rowe denied her actions, but then later admitted them and describe them as “pranks” not intended to hurt anyone.

The appellate court then noted that the trial court ruled there was insufficient evidence for finding Rowe possessed the requisite criminal intent. This was a legal conclusion and not a factual finding. Therefore, the appellate court was free to reconsider the intent issue.

Therefore, the appellate court reviewed the evidence “de novo,” or “all over,” from the start. The appellate court then quickly and easily found that Rowe had requested that both men commit forcible rape and sodomy. The e-mails cleared showed this. The “harm is in the asking,” regardless of the reaction of the person solicited. In re Ryan N. (2001) 92 Cal. App. 4th 1359, 1327-1378. Clearly, Rowe intended that the crime would take place. She even admitted this to police, although she tried to down play her conduct as just a prank.

For more information about rape in general, click on the following articles: