Home
Other Information
Criminal Defense Articles
Carjacking Is Not a Crime of Violence under USSG § 4A1.1?

Carjacking Is Not a Crime of Violence under USSG § 4A1.1?

To most people, the image of someone carjacking a car is a one of extreme violence, fear and danger.  The image of a man jumping into a car and pushing the driver over to the passenger seat or violently pulling the surprised driver out onto the road is reinforced on television and movies.  Often the suspect is holding a pistol and trying to evade law enforcement at the time.  Carjacking is a “classic” serious and violent felony under California’s Three Strikes Law.

In a Nutshell: Under the categorical approach (and as relevant under the federal Armed Career Criminal Act), a conviction for carjacking under California law (Penal Code § 215) is not considered a crime of violence under federal law because the California definition of carjacking proscribes a broader range of conduct than the federal definition of a crime of violence.

Therefore, it seems counterintuitive that carjacking under California law (Penal Code § 215) may not be considered a crime of violence under federal law at U.S. Sentencing Guidelines § 4A1.1(e).
This interesting result came about in the case of United States v. Lecharles Baldon on appeal to the United States Court of Appeals for the Ninth Circuit.
In 2016, the FBI received a tip that Baldon was selling heroin and meth in Reno, Nevada.  The FBI and the DEA then used an informant and set up four controlled buys in late 2016.  Agents noticed that Baldon used a storage unit, which they suspected for storing his drugs, so they sought a search warrant and received one for both the unit and his home.
At Baldon’s home, they found meth, cocaine, two scales, packaging material and 9-millimeter ammunition.  In the storage unit they found more meth, heroin and a loaded 9-millimeter gun.
Baldon was then arrested and charged with various methamphetamine and heroin offenses, as well as being a felon in possession of a firearm.  Baldon eventually pleaded guilty to one count of possession with intent to distribute methamphetamine in violation of 21 U.S.C. §§ 841(a)(1) and (b)(1)(C).
The U.S. District Court judge, under the U.S. Sentencing Guidelines, calculated a total offense level of 31 with a criminal history for Baldon in category V based on 11 criminal history points, resulting in a sentencing range from 168 to 210 months in federal prison. 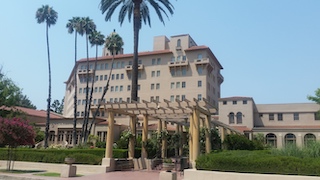