Home
Other Information
Criminal Defense Articles
Can Police Look at My Text Messages If I Am Arrested?

Can Police Look at My Text Messages If I Am Arrested?

The Reader’s Digest Version:  When a search warrant calls for the search of items indicating gang affiliation, the “functional equivalent test” permitted the seizure of a cell phone because it contained the functional equivalent of photographs, messages and other items that would be indicia of gang activity.

When police served the arrest warrant and the search warrant at Rangel’s home, they seized many items, including Rangel’s cell phone, which police described as being within his reach whey they found Rangel in his bedroom.  The phone was a “smart phone,” i.e. one that could store photographs and videos.

When asked where he was the night of the beating, Rangel said he was with his girlfriend, but he could not remember her last name.  Police then offered to call his girlfriend if Rangel could give them her number.  Rangel then said it was in his phone and consented to police searching his phone for “Vanessa.”  Rangel did not limit the scope of access to his contacts on his phone. 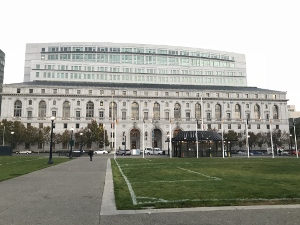 According to the police, as they were searching for Vanessa’s number, they discovered information in text messages that seemed to link Rangel to the attack.  The police officer testified at trial that he was familiar with how text messages provided phone numbers, so he searched the text messages.

At trial, the jury convicted Rangel and Rangel appealed, arguing that evidence of the text messages should be suppressed because the cell phone was outside the scope of the search warrant.  He further argued that his consent for the officer to search the phone was limited to searching the contact list in the phone.  The officer, he argued, exceeded the scope of the consent by reading the text messages.

The prosecutor argued that the warrant’s scope included a search for indicia of gang involvement, so this included the cell phone contents, which might include photographs.  It is common for gang member who tag areas to photograph their tagging after it is done.

The First Appellate District, in People v. Erik Rangel (2012 DJDAR 7938), argreed that the search warrant did allow the seizure of the cell phone.  The court explained that in other published opinions, where a search warrant allowed the search of premises for items showing control over certain premises, the court allowed the seizure of a laptop computer, even though “computers” were not listed on the warrant.

The court continued, saying that under the functional equivalent test, the fact that the document were in digital form does not bar officers from seizing the evidence.  The computer was properly seized because it was likely to certain in information regarding control over the premises.

The appellate court reasoned that the “smart phone” is essentially a laptop computer, as a “smart phone” can store pictures of artwork, photographs of graffiti and videos to show gang members or at least proof that the owner of the phone is a gang member.  Therefore, the reading of the text messages was also proper and within the scope of the warrant (although at the time the officer was not searching the phone for indicia of gang involvement – he was looking for Vanessa’s phone number).

The court next commented that a second warrant to search the content of the text messages was not required, especially when the phone was properly seized.  As an aside, the court commented that Rangel did not contest the affidavit supporting the warrant insofar as it established probable cause to search for gang indicia.

For more information about the scope of a search incident to an arrest, click on the following articles:
Contact Greg Hill & Associates