Home
Other Information
Criminal Defense Articles
Can One Be Exempt from Post-Release Community Supervision?

Can One Be Exempt from Post-Release Community Supervision?

In 2011, AB109 was passed.  This law, also known as the Criminal Justice Realignment Act, changed the paradigm for the incarceration and post-conviction supervision of people convicted of specified felonies.

Main Point:  Serving more time than one is resentenced to under Prop 36 (resentencing for third-strike offenders) does not exempt one from PRCS, even if the decrease in one’s sentence is to seven years, one has already served fourteen years and the PRCS period is far less than seven years.

Unlike parole, a felon assigned to post-release community supervision (PRCS) cannot be returned to prison for violation of the post-release supervision agreement under Penal Code § 3458.   Naturally, however, a conviction for an entirely new felony cannot avail himself of § 3458.

Section 1170(h)(6) of the Criminal Justice Realignment Act applies only to persons sentenced or released from prison on or after October 1, 2011. 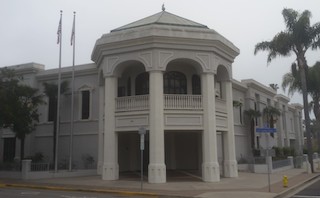 2nd Appellate District Division 6 Ventura
The Ventura County judge sentenced Espinoza as a Three Strike Offender to 25 years to life in prison.
In 2013, the legislature passed Prop 36 to allow certain qualifying inmates sentenced on a third strike, such as Espinoza, to request re-sentencing when the 25 to life third strike sentence arose from a non-violent offense.  Espinoza qualified to seek such resentencing because neither Penal Code § 459 is not a serious or violent felony, nor is section 666.

Espinoza filed this motion for resentencing under Penal Code § 1170.126 in 2013.  The trial court granted the motion and resentenced Espinoza, to who had already served more than fourteen years, to seven years and four months.  The trial court ordered Espinoza immediately released due to time served, but ordered that he participate in post-release community supervision (PRCS).

Espinoza challenged the ruling ordering him to PRCS as improper.  He argued, essentially, that because he served many years more than the proper sentence, he was exempt from PRCS.

Under In re Sosa (1980) 102 Cal. App. 3d 1002, when the presentence credits exceed the total state prior term, the excess credits, commonly called Sosa credits, are deducted from the defendant’s parole period.  Espinoza argued that Sosa credits applied to him.  The argument seemed logical.

Espinoza thus argued, as the reader may anticipate, that PRCS was a form of parole.  Consequently, since he served six years longer than his amended term, he should not have any parole or PRCS, he argued.

The Second Appellate District, in People v. Jose Serrano Espinoza, disagreed.  The appellate court explained that Espinoza was resentenced under Penal Code § 3451, which specifically says “notwithstanding any other law” that the inmate will be assigned to PRCS.  As the appellate court reasoned, “notwithstanding any other law,” is all encompassing and eliminates all conflicts with alternative sentencing schemes, such as perhaps with Sosa credits.  In other words, Sosa credits could not apply unless § 3451 acknowledged that they would apply.

Moreover, the appellate court commented that Espinoza’s participation is PRCS would not be absurd.  His prison credits did not create a truly unique situation.  The legislature, in drafting Prop 36, can be presumed to have known that a person serving a 25 to life sentence would have such excess credits, “sometimes hundreds, sometimes thousands of days.”

It concluded with its opinion that although PRCS may be onerous and burdensome, it should be viewed as an incentive for a recidivist to mend his ways.
Therefore, the appellate court affirmed the judgment.
The citation for the appellate court ruling discussed above is People v Jose Serrano Espinoza (2nd App. Dist., 2014) 226 Cal. App.4th 635 (not to be cited – an unpublished opinion).
For more information about parole issues, click on the following articles:
Contact Greg Hill & Associates
Serving Torrance, Long Beach, Compton, Airport Courthouses and Other Courthouses.