Home
Other Information
Criminal Defense Articles
Can One Be Convicted of Grand Theft for Not Paying Rent?

Can One Be Convicted of Grand Theft for Not Paying Rent?

Landlords often complain that when a renter fails to pay rent, there is no way to replace the loss if the tenant is insolvent.  After all, one cannot turn back time, replace the tenant with a paying tenant and then “catch up” for the lost rent.  The landlord is thus permanently deprived of the rent.

About This Article Briefly:  Someone who fails to pay rent can be convicted of grand theft if the person committed identity theft to gain the right to rent the premises.  Otherwise, simply not paying rent does not seem to be criminal in nature and would remain a civil (not criminal) breach of contact.

A mere unlawful detainer action seems like hollow punishment for such an irresponsible or even defiant renter who may never intend to pay rent from the start.

In Long Beach, California, a landlord must have smiled with some satisfaction when former renter Monique Bell was convicted of violating California Penal Code § 487(a) (Grand Theft).  Bell was also convicted of identity theft (Penal Code § 530.5), false impersonation (Penal Code § 529) and making a false financial statement (Penal Code § 532a), arising out of her breach of a rental agreement for an apartment.  She was sentenced to two years and eight months in state prison and ordered by the court to pay restitution back to the landlord for the unpaid rent. 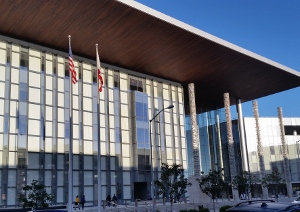 The facts reveal why the jury found such convictions appropriate.  Bell signed a one year lease for an apartment using the name Leah Taylor, as well as Taylor’s social security number and other personal identification of Taylor.  Bell was late on her rent several times, made partial payments and then bounced a check.  Five months after starting her leasehold, she was served with a three day notice to quit and an unlawful detainer action shortly thereafter.

After trial on the unlawful detainer action, the landlord garnished $3,000 from the bank account of Leah Taylor.  It was only then that Taylor realized that she had been a victim of identity theft.  Taylor did get her $3,000 back, but her credit rating was damaged.  Taylor then contacted the Long Beach Police Department to report Bell’s use of her identity and the damage to her credit.  Taylor was obviously mad at Bell and considered such false impersonation criminal. 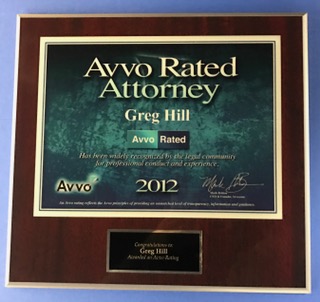 The Long Beach Police Department agreed and recommended that Bell be held criminal liable for her scheme.  Bell was then prosecuted for identity theft, false impersonation, making a false financial statement and grand theft.  After being convicted on all counts, she appealed to the Second Appellate District Court in Los Angeles.

On appeal, the grand theft conviction received the most attention.  Bell argued that grand theft did not really fit the crime, as she had no intention of permanently depriving the owner of the property.  When the lease expired, her intention was to move out and return the property to the lessor.

The prosecution rebutted this permanent deprivation argument by noting that Bell indeed did intend to permanently deprive the lessor of the unpaid rent.  The court of appeals agreed.

The dissent analogized the majority opinion to convicting someone of grand theft for joyriding, which is well understood as not grand theft.  It pointed out that joyriding was separately criminalized precisely because joyriders fail to satisfy the intent to permanently deprive requirement.  It cautioned that the court should not embark onto a slippery slope wherein every temporary deprivation of property is, in a sense, a permanent deprivation, no matter how short.

As this opinion seems to establish new grounds for defining grand theft, it will be interesting to note how further cases build upon the Bell opinion or criticize it.

For more information about identity theft and theft in general click on the following articles:
For summaries of some of the theft and robbery cases we have handled, view our Select Theft / Robbery Case Results.