Can Involuntary Manslaughter Be from 8 Year Old Injury?

In 2000, Jose Moncada was caring for his then three month old son, Joseph.  Joseph was fussy and Jose became frustrated from the crying.  Jose then forcefully pushed his son’s face into the arm of a couch to quiet him down.  Joseph stopped breathing.  Jose called 911.

After nearly four months of treatment, Joseph was discharged from the hospital.  He had suffered skull fractures and bleeding to his brain, resulting in poor vision, spastic quadriplegia, seizures and other complications.

What One Should Learn from This Article:  One can be charged with involuntary manslaughter as a result of a victim passing away eight years after the injury was sustained, but which caused the victim’s death.  To read about an example of this happening, read this short case summary.

Two years later, Joseph was admitted to a group home for developmentally disabled children.  He could not walk, speak, use sign language or otherwise communicate except through crying and vocalizing.  He also had continued difficulty swallowing, so multiple digestive tract surgeries followed.

In 2008, nearly eight years later, he was riding on a bus to school and died.  The pathologist who performed the autopsy stated that Joseph died of “complication of remote blunt force trauma.”  Joseph’s stomach had ruptured, allowing bacteria to enter his system, leading to sepsis and death.  The trial court emphasized that the stomach surgeries were required because of the pre-existing brain injuries. 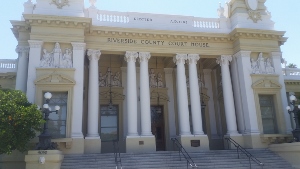 The Riverside County jury hearing the case found Moncada guilty of involuntary manslaughter (Penal Code § 192(b)) and assault resulting in death to a child under eight years old (Penal Code § 273ab).  The trial court sentenced Moncada to 25 years to life.

Moncada then appealed to the Fourth Appellate District, contending his involuntary manslaughter conviction should be reversed because a heightened showing of proximate cause is required to establish criminal liability when the death occurs more than three years after the unlawful act.

“To make the killing either murder or manslaughter, it is not required that the party die within three years and a day after the stroke received or the cause of death administered. If death occurs beyond the time of three years and a day, there shall be a rebuttable presumption that the killing was not criminal.  The prosecution shall bear the burden of overcoming this presumption.

In People v. Nguyen (2009) 46 Cal. 4th 1007, the prosecution bore such a burden in similar circumstances.  The court in Nguyen instructed the jury that the People must overcome this presumption by proving that the killing was criminal.  The jury was instructed that if “you have reasonable doubt whether the killing was criminal, you must find the defendant not guilty.” Id. at 1022.  It further directed the jury that, “an act causes death if the death is the direct, natural and probable consequence of the act and the act would not have happened without the act.”

Mr. Moncada had argued that the stomach rupture was an independent, intervening cause of death.  Alternatively, Mr. Moncada argued that his child’s death was not a direct, natural and probable consequence of his conduct.

The appellate court responded by commenting that “a natural and probable consequence is one that a reasonable person would know is likely to happen if nothing unusual intervenes.”  “Moreover, an act is a cause of death if it is a substantial factor in causing the death.”  There can be more than one cause of death, the court noting that civil law tort principles of proximate and legal causation also apply to crimes. People v. Schmies (1996) 44 Cal.App. 38, 46-47.