Why This Article Matters: A criminal protective order may be issued under a Harvey waiver to protect someone who was a victim in a dismissed charge, i.e. when the plea bargain was entered, defendant pleaded to committing a crime involving another victim.  As the article below explains, such a protective order may even extend to a person who was endangered by the defendant, but not a victim in a criminal complaint.

Timothy Race was charged with two counts of lewd and lascivious acts upon a child under the age of 14 years (Penal Code § 288(a).  The two victims were his daughter and his niece.
According to the San Bernardino Sheriff’s Department police report and the testimony of an investigating officer at the preliminary hearing, Mr. Race molested his 12-year-old daughter and 12-year-old niece.
After the preliminary hearing, Mr. Race pled guilty to the charge of molesting his niece and the other charge as to his own daughter was dismissed.
As part of the plea, Mr. Race executed a Harvey waiver (People v. Harvey (1979) 25 Cal.3d 754, 758) wherein he “waived his rights regarding dismissed counts and any charges the prosecutor agreed not to file to the extent that the Court may consider these factors in deciding whether or not to grant probation and in deciding whether or not to impose a midterm, aggravated or mitigated prison term, the appropriate presentence credits and as to restitution.”
More significantly, in entering his plea, Mr. Race stipulated that the police report constituted a factual basis for his plea.
The judge then sentenced Mr. Race to the upper term of four years in state prison and issued a ten-year criminal protective order under Penal Code § 136.2(i)(1) as to both Race’s niece and his own daughter. 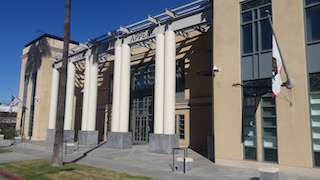 4th Appellate District Division 2 Riverside
Mr. Race appealed the sentence on several grounds, but this article will only cover his argument that the judge could not issue the criminal protective order as to his own daughter because his plea was only to the niece.  Thus, his daughter was not a victim for purposes of issuing a criminal protective order.
The Fourth Appellate District, in People v. Timothy Rueben Race (2018 DJDAR 11760), disagreed with Race and affirmed the trial court.  This situation, we think, is important to understand because we occasionally see a similar fact pattern in our cases and our clients tend to follow Mr. Race’s logic and end up disappointed.
California law construes the term “victim” broadly under Penal Code § 136.2(i)(1).  People v. Delarosarauda (2014) 227 Cal.App.4th 205, 212 (a subject of a protective order need not be a named victim of one of the offenses for which the defendant stood convicted; rather, such a protective order could issue with respect to someone against whom some evidence suggested the individual had been ‘targeted or harmed’ by the defendant); and People v. Beckemeyer (2015) 238 Cal.App.4th 461, 466-467 (court properly issued a protective order as to girlfriend’s son even though the girlfriend was the direct victim of domestic violence, not the son).
In the case against Mr. Race, there was evidence from the preliminary hearing that he molested his daughter.  This was “some evidence” sufficient for the trial court to include his daughter as a victim and thus, a valid protected person under the criminal protective order.  In addition, Mr. Race stipulated, in entering his plea, that the police report constituted a factual basis for his plea and in the police report, there was plentiful evidence of him molesting his daughter.
However, the appellate court did agree that Mr. Race’s Harvey waiver could not be grounds for considering his daughter a victim of molestation.  The conditions under which Mr. Race agreed to a Harvey waiver were specific and limited to sentencing and time credits only.
We think this reported decision should be a cautionary tale: be careful as to stipulating to a factual basis for the plea in the police report and be aware that a judge can consider all “competent” evidence for determining who is a victim.
The citation for the Fourth Appellate District Court ruling discussed above is People v. Timothy Rueben Race (4th App. Dist., 2017) 18 Cal.App.5th 211.
For more information about issues, please click on the following articles:
Contact us.
Serving Torrance, Long Beach, Compton, Airport Courthouses and Other Courthouses.