Our client was charged with a single violation of Penal Code § 243(e)(1)), a misdemeanor, battery on a cohabitant, spouse or one with whom defendant has a dating relationship.

The alleged incident involved a domestic dispute wherein our client dragged his spouse from a floor-level mattress about ten feet across a smooth floor inside their condominium.  The alleged victim had no injuries, but was scared, so she summoned the police to the house.  The police then removed our client from the house.

The wife had no family in the United States, as she and her husband had an arranged marriage in India and came to the U.S. for a better life.  The marriage was strained by the financial demands of raising a child and the highly competitive information technology field our client, her husband, worked within.  It was not as easy as they expected.  The American dream was more of a mirage for them (as it is with many nowadays).

Our client, who had no prior criminal record, immediately signed up for a court-approved batterers courses after retaining Greg Hill and Associates and be so directed by Greg.

The case was somewhat complicated because our client was subject to a mandatory domestic violence protective order and wished to have continued contact with his ten-year-old son.  His wife also sought a divorce and was intent on making our client’s life as difficult as she could.  The alleged incident was only a very small, but culminating event in the grand scheme of things, it was quite obvious. 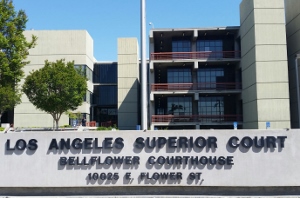 The District Attorney expressed sympathy for our client, but her first offer was twenty days of county jail, fifty-two weeks of a court-approved batterer’s program classes (one class per week), a $400 contribution to a battered women’s shelter, and 36 months of summary probation.

The classes and county jail were a problem because our client traveled frequently out of the country for work.  The offer was rather severe because, the prosecutor noted, our client dragged his wife the short distance with their son present as a witness.  This lack of hesitation to act in front of their couple’s child was troubling to the prosecutor, as it showed a significant callousness and/or lack of impulse control.

Our client’s main attention was on the divorce and the ramifications the case would have on his ability to simply meet the conditions of probation without losing his job.

Due to the relationship between the so-called victim and our client and the minimum punishments required under Section 6211 of the Family Code and Penal Code section 1203.097, there were certain parts of the plea bargain terms that were not subject to modification: the 52 sessions of an approved batterer’s program classes, as they are mandatory under California law, and the $400 contribution to a battered women’s shelter (this rose to $500 in 2014).  There also was a minimum of eight hours of approved community service that the prosecutor overlooked, but we certainly did not remind her of this.

However, Greg Hill negotiated with the DA, with the judge overhearing the conversation, to allow our client a flexible schedule to accommodate his travel demands.  Greg Hill also negotiated a modification of the restraining order and had the twenty days of jail reduced to ten days and then to ten days of community labor.

Community labor, it should be noted, means different things in different courts.  It can mean the worst forms of labor, i.e. cleaning up homeless encampments alongside a freeway or along a flood control channel (i.e. cleaning up human feces using plastic gloves).   It can also mean graffiti removal, picking up trash or gardening in a city park, depending upon the court.

Our client was happy with the plea bargain reached.  Had he fought his case at trial and been found guilty of all charges, he faced a maximum of one year in jail and/or a $1,000 fine, plus penalties and assessments that would have raised the total owed to the court to approximately $4,200.

For more information about domestic violence in general, click on the following articles:
Watch our Video about Domestic Violence by clicking here.