Our client, age 24, was out with two friends. The group was returning home from a bar near U.S.C. It was about 1:30 a.m. on a Saturday morning. Our client, who had no criminal history, had been drinking and using cocaine. However, he did not drink as much as his friends because he was the driver and so he tried to limit his drinking.

In a Nutshell: It is very rare for the calibration of a breath test machine to matter, but it can be a big deal if the client’s blood alcohol content is measured at 0.08% and the calibration data shows the machine was reading 0.01% or more high. This was the situation in the following case, which helped our client “win” at the DMV hearing for his DUI. 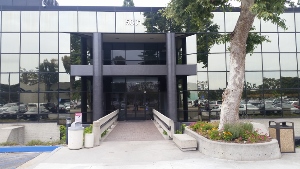 Commerce DMV Office
The officer asked our client and his friends to step from the car and sit on the curb nearby. The officers then searched the inside of the car and found a small baggie with a white powdery substance that the officer immediately recognized as cocaine. There was only about two grams in the baggie.

The officer looked at our client and asked him if the cocaine was his, as it was found in the front seat, but on the passenger’s right-side pocket. The client did not answer, hoping one of his passengers (who did in facts own the cocaine) would speak up. However, neither passenger did, so police attributed the cocaine to our client because it was in his car.

Our client was then asked to step aside and submit to a preliminary alcohol screening (PAS) test, which he did. His breath alcohol was measured at 0.08%, which is supposed to be a reflection of his blood alcohol content (BAC).

Our client was then arrested and taken to the Bell Gardena police station, where he was booked and released about ten hours later. While at the station, he submitted to a further breath alcohol test, with identical results.

After being released and going home, he received a mountain of mail from various attorneys advertising their services (“jail mail”). However, after about five days of mail, he contacted Greg Hill & Associates, who does not send out “jail mail.”