Our client, age 52, was driving home from work in Torrance to Carson.  It was about 6:00 p.m. in the summer.  He was heading eastbound on Carson Avenue when he tried to change lanes from the right lane to the left lane.  A pick-up truck in the left lane blocking his lane change seemed to speed up and slow down for no reason to prevent our client from changing lanes.  The pick-up truck appeared to be a gardening truck, as there were lawn movers and other equipment in it.
Finally, our client concluded that the driver of the other vehicle was doing this intentionally, for no reason other than to annoy our client.  This angered our client, so he rolled down his driver’s side window and yelled, in Spanish, at the driver in the pick-up, “what’s your problem?”  The driver yelled back at our client, in Spanish, “do you want to fight about this?”
Our client responded in the affirmative and the pick-up driver pulled over into the parking lot of Torrance High School, within the range of a school video camera of the parking lot.  The other driver, a young man perhaps 25, jumped out of the car, ready to fight.  Our client then parked as well and walked up to the young man.  Our client held a sharp piece of metal he used at work for opening boxes.
The two swung their arms at each other and tried to pull the other person to the ground, but neither person was successful.  There was some punching, but no strong blows landed.  This was all caught on video tape.
The young man’s father then exited the truck to assist his son against our client.  The father took off his belt and swung his belt with the belt buckle acting as a weapon.  Our client took one last swing at the young man and ran away, fearful of a two-against-one situation with a man using his belt and belt buckle to seriously injure him.
Little did the young man know, but our client had used his box cutter blade (about 3 to 4 inches long) and cut the young man’s arm near the elbow, deep (about an inch deep).  Blood was gushing out, but due to adrenaline, the young man did not notice this until the fight ended.
As our client ran back in his car to get away the other two men followed him and our client raced away, eventually losing contact with the men in the pick-up truck.
About a week later, the Torrance Police called up our client at work and asked him if he had been involved in a fight just outside Torrance High School.  Our client confirmed that he was involved and that he only acted in self-defense.  Police asked him if he used a knife to fight with and our client denied this (as it was not a true knife), but acknowledge he used a little piece of metal.  Police then came to his place of work and arrested him. 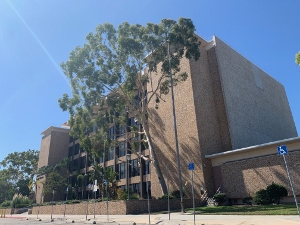 The client posted bail and was released.  He later appeared in the Torrance Superior Court for his arraignment on a single felony charge of assault with a deadly weapon under Penal Code § 245(a)(1).  The first offer from the prosecutor to him was three years in state prison, which was the mid-term for the charge.  Such a severe sentence was offered because the slashing injury to the young man was severe.
Photographs showed a very deep cut about an inch deep, well into the arm, and the cut was about four inches long.  A big scar would surely be left.  Luckily, the cut did not sever any tendons or ligaments near the man’s elbow.  However, the prosecution did not seek a three-year sentence enhancement under Penal Code § 12022.7 for great bodily injury.
The client then retained Greg Hill & Associates instead.  He was not happy with a three-year state prison sentence.  He had immigrated to the United States from Mexico in 1994 when he was 28.  He had worked in the same job for 24 years, raised a family here and even had his wife pass away in an auto accident in 2009.  He was the stability in the family.  He had three children here, the youngest being fourteen and still in high school.  He did not want to go away to state prison and most likely be deported thereafter.
Greg Hill then worked on the case and over many court appearances over six months was able to negotiate a better deal: 365 days in county jail.  While this was certainly an improvement, our client nonetheless faced deportation.  The prosecution was full informed of our client’s immigration concerns and his family situation, but it would not agree to a joint suspended sentence as Greg proposed.
Ultimately, the client accepted the 365 days in county jail, realizing that if he had gone to trial and the jury had rejected his self-defense argument (the video was unclear on this), our client faced four years on the assault with a deadly weapon charge plus three more for the great bodily injury enhancement under Penal Code § 12022.7.
For more information about violent crimes, please click on the following articles:
Contact us.