Home
Other Information
Criminal Defense Articles
Are You the Target of Vindictive or Retaliatory Prosecution?

Are You the Target of Vindictive or Retaliatory Prosecution?

Our office frequently receives calls from defendants or the families of a defendant claiming that the prosecutor is vindictive or retaliatory.  When we ask what happened, the person often says the person challenged the officer’s authority at the time of the arrest and is now being prosecuted only because the officer took the challenge personally.  This is not vindictive or retaliatory prosecution.

Instead, such prosecution occurs when a prosecutor files more serious charges against a defendant after defendant’s exercise of a legal right or defense against the original charge.  The defense can then file a motion to dismiss.  See People v. Edwards (1991) 54 Cal.3d 787, 828, 1 Cal.Rptr.2d 696.

Brief Synopsis: A Motion to Dismiss for Vindictive or Retaliatory Prosecution must be based on increased charges being filed after defendant exercises a procedural right, such as not waiving time, not stipulating to the results of a lab report, i.e.  The prosecution can defeat the motion by showing new evidence supports the increased charges, the disposition in a parallel criminal case against defendant or defendant’s response to a plea proposal.

The motion begins with the defense making a prima facie showing that the prosecution increased the charges, i.e. recharged defendant from a misdemeanor to a felony, in response to the defendant’s exercise of a procedural right and that the new charge exposed defendant to potentially greater punishment.  This means after jeopardy has attached, i.e. after defendant asserts his right to trial.  This showing creates a presumption of vindictiveness. 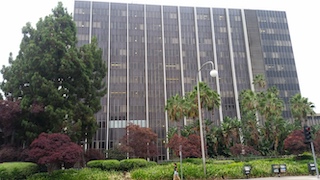 Santa Ana Courthouse
Support for such a motion is usually in the form of affidavits or declarations laying out the events leading up to the filing of the new, more serious charge.  Twiggs v. Superior Court (1983) 34 Cal.3d 360, 369, 194 Cal.Rptr. 152.

How can the defendant lose such a motion by the prosecutor successfully rebutting this presumption?  The prosecution can show that the more serious charge arises from the discovery of additional evidence. Preciado-Gomez, supra, at 940.  The prosecution may also be able to rebut the presumption based on an evidentiary ruling from the judge.  Robinson v. Superior Court (1986) 181 Cal.App.3d 746, 226 Cal.Rptr. 724.

Surprisingly, failed plea negotiations can justify the prosecutor adding enhancements while at the pretrial stage of proceedings.  People v. Matthews (1986) 183 Cal.App.3d 458, 464, 228 Cal.Rptr. 316.  We especially dislike this case. Likewise, the prosecutor can successfully rebut the presumption by explaining that he waited to see what sentence defendant received on an unrelated case. People v. Mendez (1999) 19 Cal.4th 1089, 1097, 81 Cal.Rtpr.2d 301.  In other words, the prosecutor did not think the sentence in the other case was high enough, so he increased the charges in the pending case – and this was found to rebut the presumption of retaliatory or vindictive prosecution!