Are Miranda Warnings Critical in a DUI? Shoplifting?

It is quite common for a potential DUI or shoplifting client to tell us that “They didn’t read me my rights” in describing his or her experience being cited or arrested.

Brief Synopsis: While police remain obligated to warn a suspect of his or her right against self-incrimination (the right to remain silent) and the right to an attorney, also known as Miranda rights, the question for an attorney is when must such a warning be given and if it is not given, did the suspect provide critical evidence that he or she otherwise would not have given if properly warned.

Such a comment from a potential client is usually more of a question whether such a procedural failure can bar his or her prosecution, perhaps because the potential client suspects there is a requirement in every case, as movies and television suggest, to read someone “their rights.”  This representation by movies and television is inaccurate, but in many cases, it is prudent for defense counsel to consider nonetheless whether the Fifth Amendment right against self-incrimination attached and at what point in the police investigation.  This constitutional guarantee against self-incrimination without a Miranda warning to remain silent or have one’s attorney present was famously set forth in Miranda v. Arizona, a 1966 U.S. Supreme Court case citable at 384 U.S. 436, 86 S. Ct. 1602, 1612, 16 L. Ed. 2d 694, 706.
The answer to this issue is that it matters what the potential client then said or wrote in the form of a formal confession that may be relied upon by the prosecutor to prove the crime.  Was the person compelled to give evidence against himself of herself?  It is also important to know where and when this took place?  Was it when the potential client was in custody or being held by police?
It is a threshold question we always must ask on this issue: when were the questions asked?  Was the questioning part of a preliminary investigation or after probable cause to arrest exited?  If in a shoplifting case, did loss prevention officers fail to give the potential client a Miranda warning or was it the police? 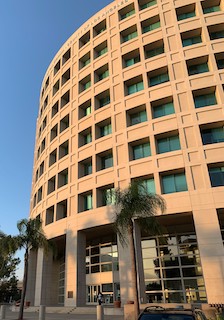