Our client, age 57, was a businessman with work that involved up to a dozen trips per year to China.  He had no prior criminal history.

Upon returning to LAX from one of his many trips to China, he was standing, near the baggage return when he noticed his luggage, or so he believed it was his luggage.  He grabbed the bag and, sleep deprived, failed to realize it was actually someone else’s bag.

Our client then went home and, upon opening it, realized his error.  He called up the airline immediately to not only report his mistake, but to also ask about the whereabouts of his bag he left behind (and if anyone similarly picked it up by mistake).

The airline instructed him to make the luggage available for pickup at his house the next day, which our client did.  They indeed then picked it up like they said they would.  The airline also returned our client's luggage to him.

LAX Airport Police then contacted our client to request he make himself available for interview.  The client was surprised and a bit apprehensive.  The police told him that the owner of the luggage claimed $1,300 in cash was missing from the bag. 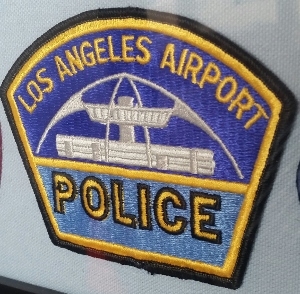 Our client was shocked and confused.  The owner claimed she had a witness that she put the cash in an envelope in the suitcase before leaving China, but now it was missing.

Our client denied ever seeing the money.  He had opened up the luggage, realized it was not his, closed it back up, and called the airlines.

The detective assigned to the case clearly did not believe our client and wrote a report that described him as evasive, making admissions that he inventoried the stranger’s luggage (which would have given him the opportunity to discover and take the cash), and that he knew what he did was wrong.  The police report was quite fabricated.  The client’s interview with the police officer was not recorded.  The client suspected that the officers disliked him personally for some reason.

Our client was then arrested for felony grand theft (Penal Code § 487).  This was quite a shock for him, as he was 57 years old and had no prior criminal history.  He was quickly bailed out by a friend and then, curiously, opted for the public defender.

The public defender argued that our client certainly lacked the specific intent to permanently deprive the owner of the luggage because it was he who immediately called the police.  The prosecutor responded by saying that our client had a method or “m.o.” (modus operandi) of taking other people’s luggage home, quickly searching it to take anything of value and then calling the airline to pretend it was an accident.  However, the prosecutor agreed that ultimately, a jury would have to believe the luggage owner and disbelieve our client.  Therefore, she offered to plea bargain to a compromise charge of misdemeanor trespassing (Penal Code § 602(j)), with just one year of summary probation and a $150 court fine (no penalties and assessments).

Our client understood the risks of proceeding to trial on a felony despite his innocence, and accepted the deal.  After all he was pragmatic and he knew a felony would doom his business, especially for a crime of dishonesty.  His Chinese clients were as suspicious of Americans as Americans are of the Chinese and often do background checks on their American business partners.

The client believed the terrible experience was behind him.  However, after just three months, the People’s Republic of China changed their business Visas to being operative from one year to a ten years.  The application for the new Visa included a question of whether the applicant had ever been convicted of crime in China or in the United States.  Our client’s Visa then expired and he had to fill out the new application, which required him to answer in the affirmative concerning his conviction at the Airport courthouse.

The client panicked.  His business needed him to travel to China on a regular basis.  He therefore called Greg Hill & Associates and spoke with Greg.  The two discussed the issue and agreed that the best thing to do would be to seek early termination of probation and then expungement.

Interestingly, it is worth noting that an expungement of the conviction is normally not excluded from disclosure under Penal Code § 1203.4 if one is questioned about it on a government license or government employment application.  Here, however, the government agency at issue was the People’s Republic of China, not the United States, and our client was not applying for a license or employment with anyone.  Our client spoke with an immigration attorney concerning this issue and was advised that he could legally answer “no” to the new Visa application question.

Accordingly, Greg Hill filed a Motion for Modification of Probation for our client, explaining the unforeseen change in the law affecting our client and his business, as well as the collateral effects to his company employees and their families.  The judge at the Airport Courthouse granted the motion, ending our client’s probation six months early.

Greg then immediately filed a Petition for Dismissal under Penal Code § 1203.4, which is also known as an expungement motion.  The court also granted this petition, allowing our client to continue his business in China under the new Visa.

For more information about the issues in this case, click on the following articles:
Watch our video about modification of probation and expungement by clicking here.