Our client, an Army veteran and age 26, was arrested in the early morning hours alongside the northbound I-605 Freeway, while parked at the side of the road. He was with several of his friends, who were urinating in the brush nearby. Our client was sitting in the driver’s seat, but the ignition was off. 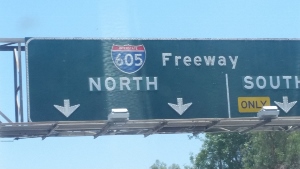 When he explained this to the CHP officers who stopped behind the car and found him in the driver’s seat, they did not believe him. Instead, police arrested our client for DUI after he registered a 0.12% blood alcohol content, or BAC, or the preliminary alcohol screening (PAS) test at the scene. The officer seemed dubious of our client’s explanation and arrested him anyways, without asking any of the other occupants to verify or refute our client’s status as only a passenger.

The real driver of the car did not have the guts to come forward and identify himself as the real driver. Unfortunately, our client did have the keys to the car in the ignition.

Summary:  Whittier, wet reckless, our client had 0.12% BAC, hired “DUI Expert” attorney who made three attempts at wet reckless, before our client fired her and retained Greg Hill & Associates who resolved the case as a wet reckless.

Once at the Pico Rivera CHP station, the client gave a further breath sample, measuring 0.09% BAC.

Our client was very concerned about his arrest, as he drove an armored car for a bank for a living now. His employer would allow him to continue his employment with a wet reckless, but not a DUI.

He promptly hired a very expensive “DUI expert” attorney. The attorney represented our client at the DMV hearing and lost. She then represented him in court three times, declaring to him that anything other than a conviction for DUI was “impossible.” She told him that the Whittier District Attorney’s office had taken a “no tolerance” policy toward anyone with a BAC of 0.08% or higher.

The client then hired our office. Greg Hill substituted in as counsel of record, explained to the District Attorney the circumstances and discussed some of the most important California cases concerning when our client last drove and what constitutes “driving” for the purposes of driving under California DUI law.

Greg discussed People v. Mead (1954) 126 Cal.App.2d 164, 271 P.2d 619, which stated that for purposes of arresting a suspect for Vehicle Code § 23152(a) (DUI without any blood alcohol content), the officer must observe the suspect driving and must observe substantial impairment in the driving skills. Here, the officer never even saw our client driving, so the 23152(a) count would be tough to prove.

As to the Vehicle Code § 23152(b) count, the prosecutor would have to establish when our client last drove. As is not uncommon with CHP reports, the report contained nothing that stated when our client last drove. Moreover, the breath test given was almost two hours after he was arrested and a further two hours and fifty minutes after the CHP officer arrived at the side of the road. Therefore, if our client had been on the side of the 605 for over ten minutes, the presumption under § 23152(b) did not apply. This presumption is that the BAC measured within three hours of one’s last driving was the same BAC when the person was last driving.

The District attorney agreed to resolve the case as a wet reckless (Vehicle Code § 23103 pursuant to 23103.5) and dismiss all charges of DUI.

Our client was extremely happy, as he was able to keep his job and avoid a conviction for DUI and an ignition interlock device (IID) requirement.

Postscript: this DUI took place in 2012. Had it taken place after military diversion under Penal Code § 1001.80 came into law, this case would have been resolved without any conviction for any violation.

For more information about a DMV hearing for a DUI, wet reckless and what happens if one loses at the DMV, click on the following articles: