Home
Other Information
Criminal Defense Articles
When Can a Deposition Be Taken in a Criminal Case?

When Can a Deposition Be Taken in a Criminal Case?

The general answer to the question posed in the title is never, as the accused has a right at trial to confront the person against whom they are accused, also known as the right of confrontation.  However, there are specific, limited exceptions.  See generally People v. Municipal Court (Runyan) (1978) 20 Cal.3d 523, 143 Cal.Rptr. 609.

This question arises quite often with clients who have been through civil litigation, particularly a divorce, where a deposition or depositions were taken with significant effects on the civil case.  Our client seeks the same result, perhaps of impeaching a victim or a key prosecution witness while in a private office, like in a civil case.  Perhaps our client even seeks to stare down the deponent to intimidate him or her.

Brief Synopsis: Generally speaking, a deposition may not be taken in a criminal case, but there are exceptions if one is age 65 or older, a dependent adult, so sick that the person may not be able to later testify at trial or is about to leave the state and be unavailable later.

Either the prosecution or the defense can take a “conditional examination” in any non-capital case by showing that the witness’ testimony is, first, material to the issues of the case and second, that the witness is sixty-five years or older, so sick or infirm that the witness’ ability to testify at trial is in doubt, is about to leave the state, or is a dependent adult. 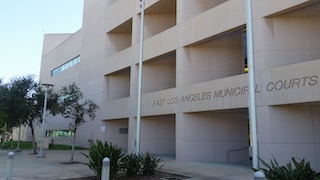 These are fairly common crimes and for these crimes, a conditional examination should be considered by defendant to preserve the testimony, if possible, of defense witnesses.

In our experience, we have seen the prosecution take the conditional examination of an older victim that was an alleged victim in a sex case.  The examination was in the courtroom during the afternoon, after the morning calendar had concluded.