Home
Other Information
Criminal Defense Articles
When Are Prior Uncharged Bad Acts Admissible in Court?

When Are Prior Uncharged Bad Acts Admissible in Court?

Whenever we have an initial interview with a client, we are keen to know if the client has any criminal history.  Sometimes, the client will mention that he or she was arrested for something, or even just detained by police, but no case was filed thereafter.

Brief Synopsis: The admission of prior “bad act” evidence can be an explosive area causing defendant undue prejudice and unfair bias, so our courts have created strict rules for what purpose such prior bad act evidence can be introduced.  Defendant will usually oppose such evidence being introduced as an attempt by the prosecutor to suggest our client has bad character.

We often let the client know that just because no case was filed, the evidence of the prior “bad acts” may be admissible later to show things like motive, opportunity, intent, preparation, planning, knowledge, identity or absence of a mistake or accident – or lack of a good faith belief that a victim consented to a sexual act, if that fact is in dispute.  Defendant, in other words, must first claim he did not have the motive or opportunity to commit the charged event, but the prosecution can seek admission of a prior, uncharged act to show defendant did have such motive or opportunity to commit a theft, for example.
Such prior “bad acts” are defined as taking place prior to trial, so they could take place after the arrest for the offense being tried, but before trial.  People v. Balcom (1994) 7 Cal.4th 414, 425. For example, someone may be facing a charge of domestic violence for an event that took place in July, but two months later in September, even before the July case has an arraignment in court, the defendant beats up his wife again, but no arrest or charges resulted from the September incident.
However, we also acknowledge that, in general, Evidence Code § 1101(a) prohibits the admission of “evidence of a person’s character,” whether by opinion or reputation evidence, or evidence of specific instances of conduct to prove his or her conduct on a specified occasion.
But the exceptions to this general rule make the client unhappy, so we write this article to explain why and when such prior bad acts evidence is admissible.  Usually, it is the prosecutor who invokes such exceptions to try to get in such prior bad act evidence and it is us who argue that the prosecutor is really just trying to prove bad character of our client by pretending such evidence qualifies as an exception. 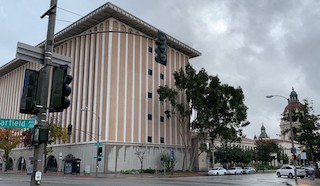