Under Evidence Code § 1108, a court may admit evidence that a defendant committed  prior uncharged sex offenses to prove defendant’s propensity to commit the charged sexual offense.  The court must balance the evidence in light of Evidence Code § 352 to make sure the accused is still tried for the current offense and not prejudiced so unfairly by the evidence of prior sexual offense that the right to be tried fairly is lost.

Without All the Details, What Happened?  Rape Conviction Overturned Because Judge Mistakenly Allowed Kidnapping Victim to Testify About Uncharged Act.

It is important to note that 1108 defines “sex offense” as ‘a crime under the law of a state or of the United States.”  If a defendant’s “uncharged conduct is not within the statutory definition of a sex offense, it is inadmissible character evidence.”  Penal Code § 647.6, “annoying or molesting a child under the age of 18,” evidence is considered a sex offense for purposes of 1108. 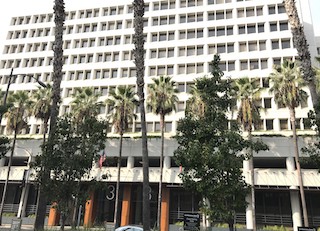 Court of Appeal Sixth Appellate District San Jose
Jose Saul Jandres was convicted by a jury in Santa Clara County of forcible rape with a kidnapping enhancement (Penal Code § § 261(a)(2)), 667.61(a)(d)); kidnapping to commit rape (§ 209(b)(1)); felony false imprisonment (§§ 236, 237), and criminal threats (§ 422).
The alleged victim was eleven years old and was present in a home Jandres burglarized.  Separately and before trial, Jandres entered into a plea agreement as to the burglary of the victim’s house as well as two other burglaries.  As to the sex charges, kidnapping and criminal threats cases, however, Jandres chose to proceed to trial.

During trial, the court allowed the prosecution to admit evidence that a month prior to the burglary, Jandres attempted to kidnap the victim.  The prosecution asserted that the victim’s testimony about this was admissible as sexual offense propensity evidence under Evidence Code § 1108 (discussed above).  The victim described how defendant had put his finger in the girl’s mouth during the incident, demonstrating sexual intent.  The prosecutor argued that this showed “intimidate sexual conduct.”  Defense counsel countered that Jandres did so as a hook in the victim’s mouth as she was lying on a couch at the time.  Jandres put his finger in her mouth to pull on her to get off the couch.  The trial court ruled that the evidence was admissible under 1108.

The jury found Jandres guilty of forcible rape, based on other evidence admitted during trial.  The jury also found him guilty of kidnapping to commit rape and felony false imprisonment.  The judge then sentenced Jandres to 25 years to life, to run concurrent with his plea bargained term of six years and ten months for the burglaries.  The judge also stayed the sentences imposed (7 years to life) for the kidnapping to commit rape and false imprisonment sentences.

Jandres then appealed, challenging the admission of the prior incident where he put his finger in the victim’s mouth.  Jandres argued that its admission was error because putting one’s finger in someone’s mouth is not a sex offense and therefore it is inadmissible under Evidence Code § 1108.

The Sixth Appellate District, in People v. Jose Saul Jandres (2014 DJDAR 6268), agreed with Jandres.  The appellate court explained that attempted kidnapping is not a sexual offense for purposes of Section 1108.

The prosecution argued on appeal that Jandres’ finger in the victim's mouth constituted a sexual offense under Penal Code § 647.6, which prohibits “annoying or molesting a child under the age of 18.”  The appellate court, however, noted that for one to violate 647.6, the conduct must be “motivated by an unnatural or abnormal sexual interest in a child” (CALCRIM No. 1122).  As the victim testified at trial that she was lying down on a couch and that Jandres moved her across the room, off the couch, after putting his finger in her mouth, and then left her alone, the appellate court found the conduct was not sexually motivated.

Consequently, the appellate court reversed the judgment of the trial court and remanded the case for retrial.  This result is good for Jandres, as it shows that at least this court was quite concerned about Jandres’ ability to receive a fair trial in light of the unduly prejudicial prior conduct evidence that apparently was significant to the jury.
The citation for the Sixth Appellate District Court of Appeal ruling discussed above is People v. Jandres (6th App. Dist., 2014) 226 Cal. App. 4th 340.
For more information about prior conduct issues, click on the following articles:
Contact Greg Hill & Associates
Serving Torrance, Long Beach, Compton, Airport Courthouses and Other Courthouses.