Home
Other Information
Criminal Defense Articles
What Is the LEAD Program for Alcohol and Drug Education?

What Is the LEAD Program for Alcohol and Drug Education?

The California Department of Alcohol Beverage Control (ABC) offers a free, four-hour class called the LEAD program, which stands for Licensee Education on Alcohol and Drugs.
It is a voluntary program for retail licensee, their employers and applicants for an ABC license.  The program, which first started in 1991, can be taken online or in person.  If one takes it online and passes, one receives a certificate of completion immediately.  If one takes the class in person and passes the written exam given at the end, one receives a certificate of completion one to three days later.  The certificate of completion does not expire.
The program is also often recommended by firms such as ours for those cited or arrested for violation of Business & Professions Code § 25658, (“Furnishing Alcohol to a Minor”), Penal Code § 272 (“Contributing to the Delinquency of a Minor”) or even Business & Professions Code § 25662 (“Minor in Possession of Alcohol”).

In a Nutshell: The LEAD (Licensee Education on Alcohol and Drugs) is a free, four-hour program that can be taken online or in person by anyone and is an excellent program for someone to take proactively if facing a charge of selling or furnishing alcohol to a minor.  One’s attorney can take the certificate of completion to court to get a good start on resolving the case for a good deal. 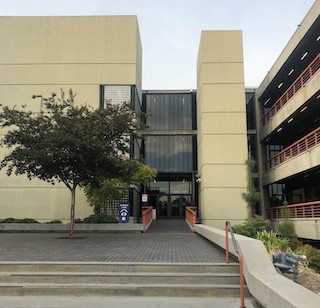 Bellflower Courthouse
The class covers checking various forms of identification, detecting illegal drug activity at a licensed establishment and keeping alcohol away from underage users.  It also covers serving alcoholic beverages safely and responsibly (not over-serving).
Some insurance companies will reward their insureds who complete such a class with lower premiums, as studies suggest the education gained in the LEAD class reduces the risk of liability for a civil lawsuit arising out of alcohol use, criminal liability and administrative actions (an ABC accusation), all of which can hurt business and possibly involve insurance payments, which insurance companies seek to avoid or minimize.
To take the class, one must make a reservation online.  Phone reservations are no longer available.  Anyone can attend the class – even one who does not have an ABC license.
Our clients who have taken the class, even some who have been in the restaurant industry for decades, all report enjoying the class and learning something.  The fact that the class is free makes it easy for us to recommend this.  Judges recognize the class as a legitimate program and this helps build our client’s credibility toward a resolution that it fair.
For more information about furnishing alcohol to a minor, please click on the following articles:
Contact us.
Serving Torrance, Long Beach, Compton, Airport Courthouses and Other Courthouses.