Home
Other Information
Criminal Defense Articles
What Is the Law on Vaping by Juveniles? Punishment?

What Is the Law on Vaping by Juveniles? Punishment?

You may have seen high school students appearing to suck on a cylindrical item that appears like a small flashlight or large pen.  Often, this is even done by juvenile high students.  This is “vaping,” a new form of an electronic cigarette that delivers a potent vaporized or aerosolized form of nicotine, far stronger than traditional cigarettes.
It is currently quite popular among both juveniles and adults because many believe, incorrectly, that it is not as dangerous as traditional smoking.  It is also popular because there is no cloud of smoke or smell of cigarette smoke and many vaping companies sell a wide variety of flavors for such devices, many which appear to target those under 21.

Brief Synopsis:  “Vaping” is illegal for a juvenile (and adult) in many areas one may not consider illegal, i.e. in cars with other minors (under 18), within 25 feet of a school playground or within 250 feet of a youth sporting event, among other places listed in this article.

Electronic cigarettes are considered a tobacco product under California Business & Professions Code § 22950.5(d)(1)(B) and California Health & Safety Code § 104495(8)(A).  Under 22950.5(d)(1)(B), a tobacco product is defined as “a product containing, made, or derived from tobacco or nicotine that is intended for human consumption [including] an electronic device that delivers nicotine or other vaporized liquids to the person inhaling from the device, including, but not limited to, an electronic cigarette, cigar, pipe, or hookah. . . "
As a tobacco product, sales of such devices to anyone under 21 is strictly prohibited (under 21, but over 18 is permissible if one is active duty military).  California Business & Professions Code §§ 22958(a) and 22963(a), as well as Penal Code § 308(A)(1)(a). 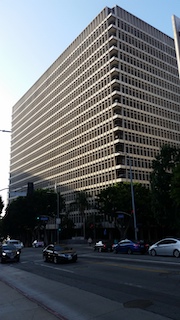 Clara Shortridge Foltz CCB
Possession of a vaping device by a juvenile is not a crime in itself, but using the device is when it becomes a crime.  Under California Business & Professions Code § 22950.5(c), use of vaping devices is prohibited wherever smoking is prohibited.
This includes, for both adults and juveniles:
In addition, the landlord of a residential dwelling unit may prohibit smoking of tobacco products, including the use of vaping devices, on the property or in any portion of the building (California Civil Code § 1947.5).
In other words, use a vaping device, particularly by a juvenile is severely restricted.  The penalties for the use of such a device will vary based on the violation, i.e. whether it is first-time offense or not, the age of the offender, the nature of the offense (vaping in a car with children or outside a day-care facility is perhaps worse than other violations) and the judge involved.
Our office has not yet seen anyone prosecuted in court for violation of the new vaping laws, but there certainly will be such cases with time.
For more information about issues, please click on the following articles:
Contact us.
Serving Torrance, Long Beach, Compton, Airport Courthouses and Other Courthouses.