Home
Other Information
Criminal Defense Articles
What Is SB384 and How Does It Change PC 290 Registration?

What Is SB384 and How Does It Change PC 290 Registration?

Governor Jerry Brown, in the early fall of 2017, signed Senate Bill 384 into law.  This long-overdue overhaul of California's sex offender registration law, the San Francisco Gate newspaper estimates, will result in removing up to 90% of those currently required to register from this lifetime obligation.

Summary in 50 Words or Less: SB 384 is a new law that will reduce or eliminate the time period for which a registered sex offender must register with local law enforcement once per years and whenever making a change in residence.  It also removes certain offenders from the Megan’s Law website.  Its effects are based on how a certain conviction is categorized in one of three tiers.  It becomes effective January 1, 2022, but petitions for removal can first be filed July 1, 2021.

Some convicted sex offenders will have ten-year registration requirements (“Tier One” registrants), others twenty years (Tier Two registrants), while some of the most serious offenders (Tier Three registrants) will remain obligated to register for life.  Senate Bill 384 also, commencing January 1, 2022, revises the criteria for exclusion from the Internet web site listing registered sex offenders under Megan’s Law.  Third, the new bill imposes new registration time limits of five and ten years for some of the least serious, non-violent sex offenses. 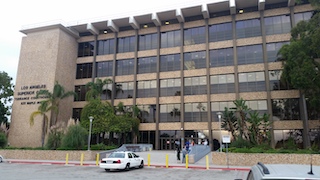 Torrance Courthouse
The effects of being a registered sex offender are hugely stigmatizing.  The registry can be checked online by the public, including employers, real estate agents, schools, landlords and community organizations reviewing a potential coach, scout leader or volunteer.

Existing law requires those convicted of specified sex offenses and certain acts of human trafficking for purposes of committing various sex offenses or extortion, to register with local law enforcement while residing in California or while attending school or working here.

Willful failure to register is a felony or a misdemeanor, depending on the underlying offense.

Those who currently must register must wait until July 1, 2021, almost four years from now, to seek relief.  Offenders in Tier 1 or Tier 2 can then file petitions to be removed from the registry.  Such offenders must have been released from prison for at least ten years or twenty years, respectively, before filing such a petition.  Those who are in Tier 3 cannot seek relief from the order to register for life.

The petition will be reviewed by a judge, with input by the local prosecutor, who can then grant or deny the petition.  Such petitioners may be those convicted of low-level, non-violent sex offenses.

Under the new law, a Tier 1 offender is subject to registration for a minimum of ten years after being released from prison or completing probation.  Such a person is one convicted of sex offense that is a misdemeanor or felony that was neither serious or violent.

A Tier 2 offender is subject to registration for a minimum of twenty years after being released from prison or completing probation.  Such a person may be convicted of a sex offense listed under 667.5(c) or 1192.7(c), 286(g) or (h), 288(a), 285(g) or (h), 289(b) or 647.6 if it is a second or subsequent conviction.  These offenses include rape by deception as well as lewd and lascivious behavior with a child under 14, a common offense we see prosecuted frequently.

A Tier 3 offender is anyone convicted of a registrable offense who then commits another sex offense or commits a violent felony as listed under Penal Code § 667.5(c) in connection with a sex offense, or the person is committed to a state mental hospital as a sexually violent predator or commits any of the most serious and violent offenses involving sex offenses.

We see SB384 as an appropriate way to manage sex offenders depending upon the type of crime committed.  The “one size fits all” lifetime obligation very often does not fit and it quite punishing although the state insists it is mere regulation for public safety, which is merely a pretext for unnecessary harassment.

For more information about being a registered sex offender, please click on the following articles:
Contact us.
Serving Torrance, Long Beach, Compton, Airport Courthouses and Other Courthouses.