Home
Other Information
Criminal Defense Articles
What Are Attorney Objections to Evidence in Court?

What Are Attorney Objections to Evidence in Court?

We see it on television and in movies all the time – “Objection, your honor, relevance.” or “objection, leading the witness” or “objection, argumentative.”  The judge then rules on the objection, either saying “sustained” or “overruled,” sometimes also with a comment or warning to the attorneys or the witness.

What are these objections and what are they based upon?

In a Nutshell:  Objections asserted by attorneys in court are meant to prevent the introduction of evidence and to make an official record of a legal issue that may later be the basis for an appeal or writ to a higher court for review. 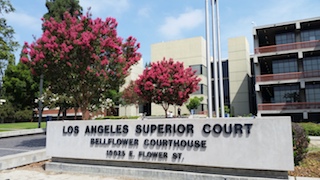 The vague, ambiguous or unintelligible objection is based upon California Evidence Code § 765(a), which states that a judge “shall exercise reasonable control over the mode of interrogation of a witness so as to make interrogation as rapid, distinct, and as effective for the ascertainment of the truth.”  The question, in other words, may cause the witness to answer with information that confuses the jury or leads to wasting time.  If such an objection is sustained, the questioning attorney should rephrase the question to cure the defective nature of the question.

An argumentative objection is one that is unduly adversarial, such that it is “designed to engage [the] witness in argument rather than elicit facts within the witness’ knowledge.”  People v. Guerra (2006) 37 Cal. 4th 1067.  The objection also raises the issue or duty of a judge to protect a witness from harassment or a combative attorney. Evidence Code § 765.  The demeanor of the asking attorney is often the real issue when such an objection is made, although the form of the question may also be problematic, usually because the question has the ulterior purpose of arguing to the jury, rather than elicit any testimony at all. People v. Chatman (2006)38 Cal. 4th 344.

An objection that a question “assumes facts not in evidence” is problematic because it interferes with “effective ascertainment of the truth.” Evidence Code § 765.  It can also lead to undue consumption of time and confuse the jury.

While the judge can defer on a ruling to the objection by asking counsel to make an offer of proof of such evidence, if the judge does not do this, and there indeed are facts not in evidence within the question, the question is improper.  Fortner v. Bruhn (1963) 217 Cal. App. 2d 184.

An objection that “calls for speculation” is based upon Evidence Code §§ 702, 800 and 801(b).  Under § 702, if a witness does not have personal knowledge of a matter, testimony on that matter is precluded.  Similarity if an expert witness is testifying, the scope of the question must be within the the scope of the expert’s expertise and not matters the expert is unqualified to testify about. Evidence Code § 801(b).

A leading question is improper because it suggests an answer by the form of the question, such as, “isn’t it true that . . .”  Such questions are improper under Evidence Code §§ 764 and 767(a).  Leading questions, however, are permitted on cross-examination and in direct examination of a witness at a preliminary hearing, or to elicit information on background matters, or to refresh a witness’ recollection.  They are also allowed with child witnesses under ten years old or with persons having cognitive disabilities. Evidence Code § 767(b).

An objection that the form of a question “calls for a narrative” is based on a principal that questions need to be concise so the response of a witness is not unduly broad, which could confuse a jury. People v. Belcher (1961) 189 Cal. App. 2d 404.  Giving a witness free reign to embark upon a long story could also cause the witness to testify to inadmissible material, hearsay or inadmissible opinion evidence.

Lastly, an objection that a question misstates the testimony is made because the question most commonly raises factual inferences that are reserved for the jury to make.  Thus, the question is meant to persuade the jury, rather than elicit facts.  In effect, this may be confusing to the jury, too, and thus it is subject to an objection.

For more information about being in court, click on the following articles:
Contact us.
Serving Torrance, Long Beach, Compton, Airport Courthouses and Other Courthouses.