Our client, age 51, was in a state of panic.  She had just been shopping in a nearby mall and taken the bag with her items to her car.  She had one last stop to make, at Michael’s, to buy just a few items.

When she parked her car, she looked in her car to inventory the bag of items purchased before she went into Michael’s.  The bag was missing.  Where could it be?  Her mind suddenly began racing, thinking her husband would criticize her for losing the items she paid for.  He would complain about wasting money and her carelessness.

Condensed Version of This Case:  Client, age 51, loads up her purse with 79 items at Michael’s in Van Nuys.   She then walks out of the store and is stopped by loss prevention.  She had no prior criminal history.  Judicial diversion granted.

Our client then realized she needed to still return home with a full bag of items to show the money was not lost.  She decided to still go into Michael’s, but to walk out with plenty of items to show for her shopping.  She walked up and down each item, not only trying to buy items she had inexplicably lost, but to acquire those she originally needed to buy and intended to buy at Michael’s.

As she selected the 79 items at issue, she placed them in her purse, one by one.  This caught the eye of loss prevention officers watching her.  She loaded her purse with scrapbooking materials, costume jewelry, cheap necklaces, ornamental chains, eye pins, embossing powder, daubers, clear embossing fluid, recloseable bags and even stickers, as well as many other items. 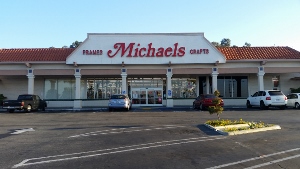 As the client left the store, she paused to speak with a Michael’s employee about her lost bag of purchased items, but then proceeded out the front doors of the store with her purse full of items she had not paid for at all.

Loss prevention officers quickly stopped her, asking her to stop within a few feet of the exit.  She was then asked to return inside the store to a back office.

Once inside the office, she was asked to open her purse, which she did, crying hysterically.  The client tried to explain her conduct, but loss prevention was not inclined to simply let her go.  They called the Van Nuys Police, who came to the store and cited our client, asking her to sign a promise to appear in the Van Nuys Superior Court in about two months.

The client was devastated.  She immediately called Greg Hill & Associates and spoke with Greg.  Greg listened to the client’s story and recommended that she enroll in and take an online shoplifting prevention course through the National Association of Shoplifting Prevention.  As our client had no prior criminal history, he explained how the criminal process works and what she could expect.  He also explained how he though the AB2124 judicial diversion program might apply to the case, although it was up to the judge’s discretion on whether or not to grant this.

The client quickly enrolled in and completed the online shoplifting prevention program.  She then forwarded Greg her completion certificate.

Greg then appeared at the arraignment and discussed the case with the judge, asking him if he would be opposed to applying AB2124 (codified at Penal Code § 1001.94 to § 1001.98).  The judge said that he normally does not do so with shoplifting cases because the crime involves moral turpitude, but he said he would think about it.

Greg then returned from court and advised the client of the judge’s comments.

Greg then suggested that the client appear at the second court appearance and that he would have a typed up Tahl waiver, with her initials on it, for the judge to see.  The judge would realize that he could resolve the case right then and there.

The tactic worked, as Greg renewed his request for judicial diversion and the judge reluctantly agreed to grant this.  The judge, however, commented that he normally did not grant diversion on such cases, especially given the fact that our client tried to shoplift 79 items.  However, he noted our office’s typed up Tahl waiver and the fact that we had immediately requested diversion as showing we were well prepared.

The client was very happy with the judge’s ruling, which imposed diversion and a requirement that she perform fifteen days of community labor.  Greg requested that the client, a full time caregiver for her 79 year old father with Alzheimer’s, be permitted to fulfill her community labor obligation in four hour (half day) portions.  The judge accommodated this request.

The client was very happy that she would be eligible to “earn a dismissal’ of the case by fulfilling the community service obligation.

For more information about shoplifting in general, click on the following articles:
Watch our Video about Theft Offenses by clicking here.