The use of three booby traps is uncommon, but when done usually inspires fear.  Firing a military rocket at a police station is also unusually bold.  Imagine the same person also rigging three zip guns to kill a witness who would testify against him in an upcoming trial.

Synopsis:  Defendant’s Use of Booby Trap to Kill Detective Warrants Sentence Increase as Personal Use of Firearm Even if Defendant Is Gone When Trap Fires Gun.

Nicholas John Smit was that defendant.  He faced multiple drug counts in a case in Hemet Superior Court in Riverside County.  There was one particular detective that was vital to convicting Smit and putting him in prison for eleven years.

Smit decided to eliminate that detective to avoid any prison.  Instead, he was caught, convicted and sentenced to four consecutive life terms, plus forty years.

Life terms were imposed because a jury decided his conduct qualified as personal use of a firearm under Penal Code § 12022.53 while violating former Penal Code § 12355 (a), which is use of a booby trap designed to cause great bodily injury.  Smit was also convicted of attempted murder of two detectives in four separate incidents. 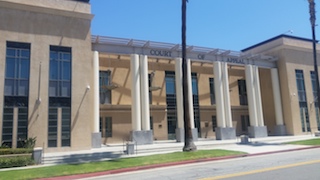 4th Appellate District Division 2 Riverside
What exactly did Smit do? The Fourth Appellate District, in describing Smit’s acts described them as “eclipsing” even what the usual suspects, “Wile E. Coyote, Elmer Fudd, Yosemite Sam and even Boris and Natasha,” might do.
Smit attempted to fire a military rocket (M 295) at the building where the detective worked and set three booby traps using panji boards smeared with feces and three more using zip guns mounted on a gate to the police parking lot and two car tires.

Smit hoped to kill a specific detective whose testimony was required to convict him of possession with intent to sell certain drugs, including methamphetamine, cocaine and marijuana.

The detective discovered the first panji board device outside his car.  The board contained six inch nails sharpened at one end.  The nails were modified to include barbs and were smeared with feces mixed with broken glass.  The detective also found similar devices outside his wife’s car and that of his son.  The detective described the devices as similar to those used by the Vietcong during the Vietnam War.

The zip gun on the police parking lot actually was shot as the gate opened, but it fired too soon to strike anyone.  However, the gun was aimed to hit a person in the head as he or she passed through the gate.  A .38-caliber hollow point bullet was found that had been fired by the gun.

The zip gun on the detective’s car fell off before firing.  The detective ran over it, heard a loud noise, stopped, got out and picked up the gun, which looked similar to the one that was found on the gate to the police station.

DNA taken from the zip guns and panji boards matched that of Smit.

After being convicted of multiple counts of attempted murder, Smit appealed to the Fourth Appellate District, contending that the evidence did not support his conviction for building and maintaining a booby trap or the enhancement for personal use of a firearm in connection with three convictions for attempted murder.

The appellate court, in People v. Nicholas John Smit (2014 DJDAR 3390), began its analysis by noting that when evaluating the sufficiency of the evidence, it reviews the record in the light most favorable to the judgment to determine whether it discloses evidence that is reasonable, credible and of solid value such that a reasonable trier of fact could find the defendant guilty beyond a reasonable doubt.

In noting the definition of booby traps and the fact that Smit’s DNA was found on multiple zip guns and the panji boards, the court quickly denied Smits appeal in the issue of building and maintaining a booby trap.

The appellate court ruled it was personal use, affirming the trial court.  The court explained that Smit certainly intended for the gun to be used as if he was firing it.  He left it camouflaged and moved himself from the scene to increase the likelihood that the weapon would be fired to kill the detective.  Consequently, the appellate court denied Smit’s appeal.
The citation for the Fourth Appellate District ruling discussed above is People v. Nicholas John Smit (4th App. Dist., 2014) 224 Cal.App.4th 977.
For more information about sentence enhancements for the use of a firearm, click on the following articles:
Contact Greg Hill & Associates