In 2008, our client was doing business as a stucco company and entered into a contract to stucco the outside of a Hollywood Hills single-family home after some remodeling was complete.  Rains came shortly thereafter and the stucco leaked, causing water damage to the home’s balcony area and near a window.
The homeowner tried to contact all contractors who worked on her house, including our client, who he could not find, and contacted the police, who determined our client was not properly licensed by the City of Los Angeles.
The City reached out to our client in 2011 and our client participated in an office hearing arranged through the Los Angeles City Attorney’s Office in lieu of a criminal action being filed against him.  At the office hearing, our client, on behalf of his company, agreed to pay the homeowner $16,422.68.
Our client did not pay the homeowner one penny.  Instead, he left California and returned to England.
In 2011, the Los Angeles City Attorney’s Office then filed a criminal complaint against our client’s company and our client personally, alleging a violation of Business & Professions Code § 7028(a), operating as an unlicensed contractor.  This misdemeanor charge has a four-year statute of limitations.
Nine years later, in 2020, our client, how age 45 contacts us and explains the facts of the case.  He has just applied for a tourist visa to visit his son, who was living in the Los Angeles area, and was denied due to a bench warrant pending in this case. 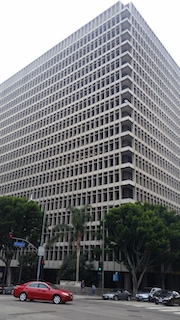 Clara Shortridge Foltz CCB
Greg Hill discussed the delay of time as being a possible Sixth Amendment violation of our client’s right to a speedy trial, especially if the client never signed an agreement as part of the office hearing that a case would be filed against him personally if he broke a promise to pay the homeowner the amount he agreed to pay in the office hearing.
The client never signed such a document and the Los Angeles City Attorney’s Office, despite communicating with him via e-mail to find him and arrange the office hearing, never advised him via e-mail (a method they knew worked) of a criminal complaint having been filed against him.
Greg then appeared in the downtown Los Angeles Superior Court to request that the judge recall the warrant and arraign our client on the complaint nine years after it was filed.  The judge was hesitant to recall the warrant despite Greg’s explanation that the client was located in England, but after a long hearing, the judge finally did recall the warrant.
Greg then filed a Motion to Dismiss for Deprivation of the Sixth Amendment Speedy Trial right.  The motion explained how more than twelve years had passed since the alleged substandard stucco job and that when more than one year passes without an arraignment, there would be presumed prejudice to defendant.  Serna v. Superior Court (1985) 40 Cal.3d 239, 707 P.2d 793, 219 Cal. Rptr. 420 (under the California Constitution); Barker v. Wingo (1972) 407 U.S. 514. (under the federal constitution).
The next step in the analysis would be to show actual prejudice, which for our client was that due to the passage of 12 years, he could not re-examine the home to determine the actual cause of the water damage.  After all, the cause of the water damage may not have been improperly laid stucco.  The home had been repaired and sold to another person.
At the hearing on the motion, the L.A. City Attorney’s Office produced letters to our client that they claimed were mailed to him, although the client had earlier moved back to England.  The L.A. City Attorney’s Office, despite having successfully communicated with him via e-mail, never used e-mail to notify him of the pending lawsuit.
The judge hearing the motion to dismiss denied the motion, explaining that our client’s participation in the office hearing put him on notice that a criminal complaint would be filed against him if he breached his agreement to pay the homeowner.  Greg asked the Los Angeles City Attorney’s Office to produce such notice to our client, which they did not have.
Nonetheless, the case stretched into 2021 and on January 1, 2021, Penal Code §§ 1001.95 to 1001.97 became effective, making available a new judicial diversion program.  So Greg requested that the judge place our client on judicial diversion, which she did, allowing our client to earn a dismissal and sealing of the police report and complaint upon payment of the original amount, $16,422.68, he agreed to pay the homeowner.
The client was happy to avoid a conviction for this case and to simply reach closure.
For more information about Serna motions, bench warrants and diversion, please click on the following articles:
Contact us.
Serving Torrance, Long Beach, Compton, Airport Courthouses and Other Courthouses.