Our client, age sixteen, began hanging out with “the wrong crowd,” as his parents described.  He started staying out late and his grades at West Torrance High School were slipping.  The parents really could not point to one specific event that stood out, until one morning when they received a phone call that their son was being held in the Redondo Beach Police Station.
The parents were mortified.  They only had one child, who they had spent so much time with in sports and other activities, so this call was earth-shattering to them.  One phone call seemed to erase all their time and love that they had invested in their son.

Our client had been drinking with older kids in a garage of a home in North Redondo Beach.  The home belonged to the parents of one of the client’s new friends.  The parents were out of town.
Police were called to the area due to a report of some youths spray painting on a sidewalk.  Police were concerned that such vandalism was gang-related (as there are criminal street gangs in North Redondo), so they responded quickly to the area to find the suspects who committed the crime.
As police drove by the garage where our client was hanging out, the kids spotted the police and quickly hid behind some bushes.  The kids were concerned about being ticketed or arrested for underage drinking only.  Our client tried to hide as well, but was seen by the police.  Such evasive conduct aroused the police officers’ suspicions and they stopped. 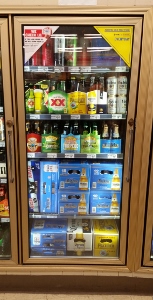 Nevertheless, police took him to the Redondo Beach Police Station, only to release him several hours later with a signed promise by him and by his parents to appear in court on possible charges of violating California Penal Code § 594 (“Felony Vandalism,” as the repair estimates were over $400) and Business and Possessions Code § 25662 (“Minor in Possession of Alcohol”).  Our client had never been arrested before.

The client’s parents picked up their son and immediately contacted Greg Hill & Associates.  The idea of their son being a felon was quite troubling to the parents, neither of who had a criminal record and were college-educated.  Greg recommended that the parents take pictures of their son’s hands to show no paint on his hands, as would commonly otherwise be there if he used spray paint.  The parents did so.

Greg then wrote a lengthy letter to the Redondo Beach Police Department about the case and then called the Inglewood Juvenile District Attorney’s Office to speak with the filing officer about the case. Greg suggested pre-filing diversion to resolve the case.

The phone calls seemed to work, as the return phone call Greg received was from the probation department in Torrance (not the filing officer in Inglewood), who advised they wished to meet with the client to see if he qualified for the Welfare and Institutions Code § 654 program.  Greg then accompanied the parents and the client to the interview and the client was accepted in the program.

After six months, with the client’s grades improving and his behavior at home being no problem, the client graduated from the program and avoided even the filing of a criminal complaint against him.

Both the client and the client’s parents were very pleased with the outcome.