The client called us a few days after the incident when the Torrance Police contacted her, leaving several voice mails on her phone.  She did not know what to do, so she called Greg Hill & Associates.

Why This Summary Matters:  A motion for civil compromise under Penal Code §§ 1377 and 1378 is often helpful to resolve a shoplifting case with a small store, but “big box” retailers rarely agree to this resolution because the case against the shoplifter is dismissed.  However, in this Torrance case involving Kohl’s, we did effect a dismissal through a civil compromise.

Greg Hill met with the client and listened to the facts of what happened.  Our client owned her own business and had no prior record.  She was extremely worried about what a conviction for theft would mean for her business license and if her customers could see such a conviction on the Internet.

In terms of responding to the police, Greg told her to return the phone call to the police, but respectfully decline to answer any questions about the incident, saying that she if following the advice of counsel to assert her Fifth Amendment right to remain silent.  Instead, she should give the police our phone number to call for more information.

After the alleged shoplifting, Kohl’s sent her a letter asking her to repay the store’s loss prevention expenses.  The expenses totaled $325.  Many lawyers advise against paying such a demand because, truly, it is more expensive for Kohl’s to file a small claims action to recover such expenses.  Such lawyers advise their clients to ignore such demands. 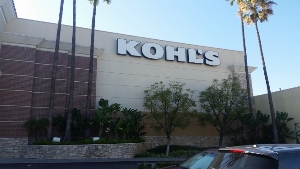 Each case is different and one must have a good idea of how a judge would rule on a motion for civil compromise.  In this case, our office recommended payment of such fees as a step towards requesting dismissal of the case under Penal Code §§ 1377 and 1378, which allows a judge to dismiss a misdemeanor case involving damages to a third party when that party is “made whole.”

Our client followed our advice and paid such fees.  Our office then filed a Motion for Civil Compromise.
The judge hearing the case granted the motion, much to the chagrin of the handling prosecutor.  This prosecutor, who our office regards as one of the best, had previously offered our client a plea bargain wherein she would plead “No Contest” to a charge of violating Penal Code § 484(a) (“Petty Theft”).  The client would then have been placed on thirty-six months of informal, or summary, probation, conditioned upon her payment of $500 in court fines and fees, plus penalties and assessments (total owing to the court would have been about $2,400), performance of fifteen days of Cal-Trans, payment of a $419 booking fee to the City of Torrance and payment of restitution to Kohl’s for the trash can they “lost.

By having the motion granted, our client saved over $3,000 and avoided performing fifteen days of Cal-Trans.  She was very happy.

It should be noted that in Torrance, this strategy is often not so successful.  The client was lucky in this case.  Greg had five or six such cases dismissed and then the judges changed their general policy on this.  Now, such a strategy generally does not work, however, payment of the civil demand may allow negotiation of a much better plea bargain, perhaps even to an infraction for trespass, which can be especially significant if one is trying to avoid or minimize probation or lower the fines.