Our client, age 21, liked a particular bar in Torrance for its blue collar crowd, raucous atmosphere and inexpensive beer.  His friends were all there almost every night and it was a good way to relax.  He had turned 21 and was luxuriating in his new-found freedom to drink.

About This Summary Briefly:  Client arrested for receiving stolen property (a laptop computer), case not filed after Greg discusses the case facts with the handling Torrance Police detective.

One night, one of his friends reported that someone had broken into his apartment and had stolen three laptops and a few miscellaneous items.  The victim suspected one particular person, but he was not certain.  He spoke to the police, but the police seemed oddly disinterested.  The group all knew of the suspect.
Our client expected the suspect to try to sell the laptop to anyone who would offer him some money, which is of course why he stole it.  He therefore asked around to some of the friends of the suspect if they knew of anyone trying to sell a laptop.
About three weeks after the robbery, a person at the bar approached our client and said he had a laptop to give our client to return to the victim.  Our client confirmed that the laptop was indeed the same make and model.  Our client felt like he was doing the right thing and was happy to function in such a role.
The next day, our client and the individual met in broad daylight in the bar’s parking lot.  The individual handed over the laptop and left.
Our client then immediately drove perhaps ten minutes directly over to the victim’s apartment and gave the laptop back to his friend, proud of his delivery.
The Torrance Police Department then followed up with the victim, who reported he had been returned the item by our client.  The Torrance Police then went straight to our client’s house and arrested him. 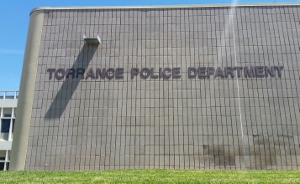 While at the house, the police served a search warrant and took the family’s X-Box and another laptop.  They also took our client to the Torrance jail.
The client’s parents called Greg Hill & Associates, in a panic of sorts because their son was being held in the Torrance jail.  Greg went to the jail within the hour, as the station is only about two miles from our office.
Greg met with the client and discussed the situation with a very confused client.  Our client identified the other friends involved and insisted upon his limited role.
Greg then had several phone conversations with the Torrance Police Department detective assigned to the case, explaining our client’s narrow, limited role.  The detective was oddly befuddled by the situation and promised to look into it further.
Bail was set too high for the family to afford, so the client was arraigned two days later.  No case was filed, so the client was released under Penal Code § 825(a).  However, he was given a future date to return to court for an arraignment in Torrance Superior Court, Department 4, the felony arraignment court in Torrance.
Greg continued his contact with the detective, who had more questions, which Greg did answer, rather than the client.  The police desperately wanted to interview our client, but Greg refused to allow such access.  Greg was concerned for our client’s safety, as well as having our client inadvertently incriminate himself.
The detective later called Greg back, thanking him for his client’s help and that the real thief had been caught.  The district attorney had passed on filing a felony complaint against our client, but the Torrance City Prosecutor still could on misdemeanor charges of receiving stolen property.  Three long weeks passed while the Torrance City Prosecutor had the police report, but finally, she decided against a criminal complaint.
Our client and his family were very happy and later received back the other laptop and their X-Box taken during the search of their home.