Our client, age 24, was a young Hispanic man with a bright future as a seaman in the U.S. Merchant Marine.  He had deployed overseas and had more work at sea lined up.  He had no criminal history.

However, while on leave at his parents’ home, he began using methamphetamine.  Some of his friends from high school introduced him to it and it quickly escalated.  The habit became all consuming, culminating in being found in San Pedro sitting in a parked car with 0.6507 grams of methamphetamine.  He admitted he was about to buy more meth from a 220-pound African American woman with an outstanding warrant for possession of burglary tools.

The Lomita Sheriffs found the two in a pizza parlor parking lot off Western Avenue along the Rancho Palos Verdes / San Pedro border.  A 911 caller had notified police that something about the two sitting in a parking car together looked unusual. 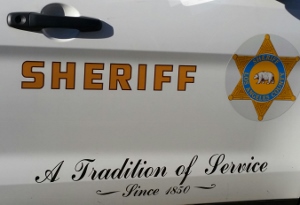 Our client was arrested and found with the 0.6507 grams of meth in a baggie in his pocket.  He admitted that he was with the large African American woman to buy more meth.  He was taken into custody, booked and released to his parents from the Lomita Sheriff’s station.  The large woman was also taken into custody on the outstanding bench warrant and for sales of meth.

The arrest allowed our client to hit “rock bottom” and see the need for changing his focus.  His parents had health insurance that covered him.  The parents investigated the benefits available and were told that their son was eligible to enroll in a 30-day residential drug detox and treatment program at Loma Linda Medical Center.  His parents shared this information with their son, who agreed to enter this program.

Before entering the program, the parents contacted Greg Hill to discuss their son’s case.  They regarded the misdemeanor (Health and Safety Code § 11377, possession of methamphetamine is no longer a felony due to the passage of Prop 47) as akin to a parking ticket.

Greg explained that the misdemeanor was more serious than a parking ticket and urged the parents to help find treatment for their son before the arraignment.  Greg explained that the maximum punishment for violating 11377 was a year in county jail and a $1,000 fine, plus penalties and assessments.  The charge can even be brought as a felony if the suspect is a registered sex offender or has a prior strike.  If brought as a felony, the punishment can be as low as sixteen months in state prison, to a maximum of three years, before any sentencing enhancements apply.

Greg and the parents discussed having their son take part in the Loma Linda program immediately, even before the arraignment.  Greg commented that he thought completion of this would be extremely helpful toward resolving the case.

The client then did enroll in the thirty-day program and did complete it prior to the arraignment in the Torrance Superior Court.  The client’s parents provided Greg with documentation showing proof of completion of the program.

Greg then appeared at the arraignment on the client’s behalf in the Torrance Superior Court.  Greg showed the prosecutor assigned to the case the proof of completion of the 30-day residential detox and treatment program.  The prosecutor was happy with the client’s proactive steps towards ending his addiction.

The prosecutor further said that he would dismiss the case if the client continued treatment for a further thirty days, even at an outpatient program.  The client then found such a program in Torrance and enrolled.

The arraignment was continued for forty-five days to allow the client the time to complete such a program, which he did, and the case was dismissed.

For more information about sales of a controlled substance, please click on the following articles:
Contact us.
Serving Torrance, Long Beach, Compton, Airport Courthouses and Other Courthouses.