Home
Other Information
Criminal Defense Articles
What Is Possession of Meth for Sales (H & S 11378)?

Our office has seen a tremendous number of clients charged with possession of methamphetamine for sales when such cases would never have been filed five years ago.

In a Nutshell: A violation of Health & Safety Code § 11378, possession of methamphetamine for sale, is a felony.  Intent to sell is quite often shown by text messages and/or possession of a working digital scale, a pay-owe sheet, large amounts of cash or many small zip-loc baggies.  An illegal search of a car or house is common.

There are several explanations for this, the most likely being that police are making arrests on such charges and prosecutors are filing such charges on smaller and smaller quantities found because the suspect, if charged with possession as before, would otherwise use Proposition 47 to negotiate drug diversion and a dismissal.  If the case is filed as a felony, however, Proposition 47 does not apply and the suspect will face a felony for sales and then the full weight of our judicial system.  We feel that with the rising use of meth across social classes that law enforcement and prosecutors seek to end its use, rather than enable its use or prolong its use by allowing Proposition 47 to “rescue” certain defendants from what would be a felony several years ago.

For example, we now see clients being charged with a violation of Health and Safety Code § 11378 with as little as five grams of meth and no other indicia of sales (i.e. a working digital scale, pay-owe sheets, large amounts of cash in small denominations, multiple cell phones, many small zip lock baggies and text message traffic arranging sales).  Indeed five grams is a single dosage for many of our clients who are heavy meth users.  It is personal use for them, however, it is certainly academically and hypothetically possible to divide it up into more than one dose and make a sale to another person. 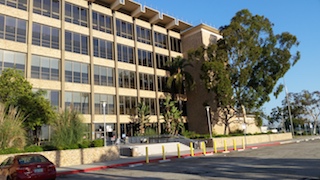 Torrance Courthouse
However, before one challenges the charges of possession of methamphetamine for purposes of sales and not simple possession, one must evaluate if the client had possession of the drug at all.  Possession means the ability to physically control the drug, i.e. having it in one’s pocket or in a back pack or brief case, or having constructive possession, i.e. having it in one’s center console in a car or having paid for it and awaiting its delivery.  The person must also know that the substance is methamphetamine and that having it is illegal.
These first two requirements are usually satisfied rather easily for the prosecution, as police often ask the client where he or she bought the drugs and elicit some form of a confession.  However, the prosecution must also present evidence that the client intended to sell the drug and not just use it all for himself or herself.  What we see most often on this issue is that the client will have text messages that suggest, usually quite ambiguously, that the client intends to meet up with someone after buying the meth.  What is usually painfully lacking is any communication about selling the meth to the other person, however, police and prosecutors argue this is the “obvious purpose.”

Our office has to respond that the use of methamphetamine is meant to enhance one’s sense of alertness and mental functioning.  In reality, studies show this does not happen at all, but the person feels as if this is so and thus feels more confident.  Because of this sense of wellness, the person invites social contact like going to a bar, dinner or just watching an NBA game or NFL game.  The prosecution counters that his is just a pretext for making a sale of a small amount, such as low as two grams.

The most common defense to any case involving drugs is that the search of the suspect was illegal.  This is shown when the totality of the circumstances does not support a reasonable suspicion that criminal activity has occurred or will occur.  Often, we will see the suspect making contact with a police officer after a traffic stop, so it critical to evaluate if the fundamental reason for the traffic stop is proper based on what the officer claims to have observed.  This can be a tough motion to win (it is called a motion to suppress under Penal Code § 1538.5), as officers will often testify in court to additional facts they observed that are not written on the traffic report or arrest report, but are critical facts in allowing a judge to find sufficient totality of the circumstances.

The punishment for possession of methamphetamine for purposes of sale involves a minimum sentence of sixteen months to a maximum of three years in state prison (this is eligible for service in county jail under Assembly Bill 109 (Penal Code § 4019)) and a maximum fine of $10,000 plus penalties and assessments.  Probation is possible on such charges, but probation will often involve a small amount of jail time.