Torrance, Deferred Entry of Judgement and Dismissal for Husband

Our client and his wife got into an argument.  The argument escalated into a fight.  She hit him and, in self-defense, he hit her.   His wife was only about five feet, one inch tall and one hundred pounds, whereas he was six feet, two inches tall and close to 300 pounds.

He became depressed over the incident and swallowed a handful of sleeping pills.  He then got in his car and drove to the Del Amo Mall parking lot, parked and passed out.  A security officer noticed him and called an ambulance. 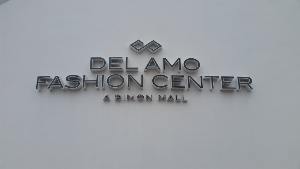 An ambulance took him to Little Company of Mary Hospital, where an overzealous officer elicited a confession while our client was still heavily sedated.  The officer took pictures of our client in the hospital bed, which showed him with a confused expression, as well as scratches with blood on them all over his face, forehead and neck.  The officer even noted in his report that our client appeared “dazed” and semi-conscious.

In 50 Words or Less:  Torrance, client allegedly hits wife, but no visible injuries to her, deferred entry of judgement and dismissal.

Greg Hill responded to this injustice by writing a Defense Position Letter to the Torrance City Prosecutor, explaining that the confession was involuntary (or perhaps coerced) and should not be considered, based on the police officer’s own comments about the client’s state of mind.  Greg Hill argued that the star witness for the prosecution would seem overzealous and overeager, which may turn the jury against the prosecution.  Greg Hill also laid out California law on mutual combat and self defense.  Greg Hill argued for a dismissal in negotiations.

After three months of negotiations and four court appearances in the Torrance Superior Court, the Torrance City Prosecutor finally agreed to allow our client to enter a plea bargain to a lesser charge, Penal Code 243(e)(1) and dismiss all other charges.  In addition, the District Attorney agreed to allow our client to withdraw his plea in a year if he completed certain classes (52 batterers program classes) and paid fines to the court.  While it was not the immediate dismissal of the case, it was an opportunity for a dismissal and the client agreed to the deal proposed.

The reader should note that this type of disposition is called a deferred entry of judgement.  It is quite rare in a domestic violence case, in light of the public pressure to treat all acts of domestic violence, no matter how minor, with severe punishment.  After all, the lessons of the O.J. Simpson case continued to have an enormous influence on every domestic violence arrest in Southern California.   It is a rare prosecutor who has the savvy and self-confidence to offer such a deal and we appreciate it when it does take place.

Had our client rejected the deal, proceeded to trial and lost, he faced a criminal record with a conviction for domestic violence, as well as a maximum of one year in jail and $1,000 in fines.  This was unacceptable to our client.

For more information about delayed entry of judgment, domestic violence in general and a trial tax, click on the following articles:
Watch our Video about Domestic Violence by clicking here.