Torrance, Delayed Entry of Judgment and Then Dismissal 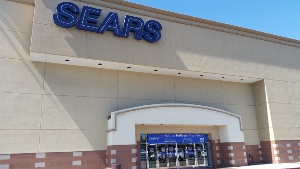 The stolen items were recovered from our client after she took just a few steps outside the store.

The case was noteworthy because Greg Hill and Associates subpoenaed the store security camera film and the retailer responded that the film did not exist.

About This Summary Briefly:  Client, who was in the U.S. on a Green Card, shoplifted underwear and jewelry worth $76 from a major retailer in the Del Amo mall.  Case dismissed after client completed diversion lasting one year, with payment of the $390 booking fee and $300 in court costs.

The Torrance City Prosecutor then asked for the store security film, as our office advised that we would move to dismiss the case under a pair of cases collectively known as Trombetta-Youngblood, and the videotape magically appeared.

For the reader’s information, the Due Process Clause of the United States Constitution requires that the prosecutor show certain evidence to the defense. Brady v. Maryland (1963) 373 U.S. 83. It also requires the prosecution to preserve the evidence in advance of a request for it from the defendant.  Under two cases, California v. Trombetta (1984) 467 U.S. 479; and Arizona v. Youngblood (1988) 488 U.S. 51, the defense can ask the judge to dismiss a case if such evidence is lost, destroyed or misplaced by the government or a government agent.

Because the store obviously lied to us to avoid having to produce the tape, Greg Hill and Associates thought the judge ought to know about this, although technically the store was not a government agency, so it had no duty to preserve such items for a criminal prosecution (it would have such a duty in a civil case if it were a party).

However, the prosecutor did not want this brought up, so Greg proposed that the prosecutor agree to dismiss the case based on a civil compromise under Penal Code §§ 1377 and 1378 with the store.  However, this required the consent of the store and here, the store refused even after our client paid the store $200 for their investigative costs.

The case finally resolved on terms wherein judgment was not entered, but the case would be dismissed after a year if our client paid $300, plus penalties and assessments (this totaled about $1,200), agreed to stay out of the retailer in any location, paid the City of Torrance $390 for its booking fee and did not find herself the subject of any new prosecution.

This resolution was possible only after our office exhausted every available means for dismissal and the security videos failed to really show any theft occurring, although our client admitted to shoplifting at the scene.

Our client was relieved to have such a disposition of this case, as her immigration status was a big concern to her (theft is obviously a crime of moral turpitude).

She appreciated all the efforts our office made, including visiting the store in person the very day she retained us, as well as several times later as well, so that we could hand-deliver a request for the video tapes (each time, the store advised that the loss prevention leader was on her day off).

It should be noted that this type of resolution is exceedingly rare nowadays, although the new AB 2124 program should allow more diversion again, based on the judge’s discretion (and over the prosecutor’s objection).  The AB2124 program, called “judicial diversion,” sunsetted to an end on January 1, 2018.  It now is not available anymore.