Our client, age 39, wanted an I-phone and an I-phone case, but the expense was more than he could afford.  He consequently decided to take both without paying for the items, but was worried about being caught, especially because he was not a U.S. citizen.  He was on a work visa from India.

The Gist of This Summary:  Client, not a U.S. citizen, shoplifts an I-phone from the Torrance Walmart.  He is arrested and taken to the Torrance Police station.  Case resolved via judicial diversion and a dismissal (no conviction).

He developed the plan to take both items out of their packaging and walk out with the items.  Unfortunately, loss prevention officers at the Torrance Walmart on Hawthorne Boulevard observed him and stopped him.  He quickly admitted to the theft, but this did not cause loss prevention to release him as he hoped. 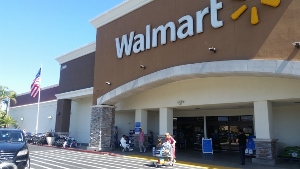 The Torrance Police Department was called to the store and our client was taken to the police station, where he was booked and released several hours later after a computer checked to see if there were any warrants for him anywhere in the United States.
Once released, he called Greg Hill & Associates.  He was ashamed and concerned about being sent to jail again, which would certainly mean he’d lose his job.  He also worried about how to afford private counsel, but Greg Hill & Associates arranged a payment plan that the client could afford.
Greg discussed the new pilot program that Los Angeles County would be implementing on January 1, 2015.  The program, called AB (Assembly Bill) 2124, was put into the Penal Code at Penal Code § 1001.94 to § 1001.98.  It was proposed by State Senator Bonnie Lowenthal of Long Beach, the mom of Long Beach judge Daniel Lowenthal.  The program ended on January 1, 2018, so it is no longer available.
While it existed, AB 2124 provided that for certain low-level misdemeanors, a judge can order diversion for a defendant as long at the individual is not disqualified.  The defendant had to enter a plea of “no contest” to the charge, but judgment would not be entered, so there was no conviction.
Not everyone was qualified for the program.  The disqualifying factors include anyone who has a prior conviction within the last ten years for a misdemeanor, a felony conviction at any prior time or a conviction for a crime of violence, a duty to register as a sex offender under Penal Code § 290, a history of being referred to diversion in the past, as well many other situations.  The program is also not available for DUI cases, domestic violence cases, a case where the victim is a minor or the case involves violence against a police officer.  None of these criteria applied to disqualify our client.
At the arraignment, Greg Hill appeared in the Torrance Superior Court and confirmed that the charges were for a violation of Penal Code § 484(a), which made our client eligible for diversion under AB 2124.
Before seeking judicial diversion, however, Greg sought reduction of the charges to an infraction, because a conviction for an infraction would have less impact to someone who is not a U.S. citizen that even judicial diversion, because in judicial diversion, defendant entered a plea to the charge, which some agencies consider a conviction even if no conviction is actually never entered in court.
The Torrance City Prosecutor refused to reduce the charge to an infraction, i.e. for trespassing, because our client was somewhat sophisticated in how he stole the phone.  It was not a crime of impulsivity, for example.  There was some planning on how to avoid the metal detectors that might reveal his theft.
Consequently, Greg then prepared, filed and served the motion for imposition of judicial diversion.  The judge in Torrance Superior Court did grant the motion, setting rather strict conditions of diversion for our client to fulfill prior to dismissal in one year.  They included completion of an online shoplifting prevention program, payment of restitution to Walmart for the damaged products and packaging, payment of court costs (about $150), performance of 40 hours of community service and an order to stay away from the Torrance Walmart for one year.
Our client was extremely happy to have this chance to “earn a dismissal” and accepted the terms of judicial diversion.

For more information about some of the issues raised in this case, click on the following articles:
To watch a video about theft offenses, click here.