Instead of walking away, our client and his brother felt challenged and they were not going to back down.  Our client’s brother then attempted to hit the male in the face, but missed.  When the male tried to hit our client’s brother back, our client took out a knife and swung the knife in a side to side motion to cut the male.  Although our client missed, other males ran to rescue the suspected gang member.  Our client and his brother then ran back to their truck and drove away.  The entire incident lasted perhaps ten seconds.

Apparently, someone who saw what happened called the police because the Torrance Police Department came to our client’s house and questioned our client about the incident at the park. 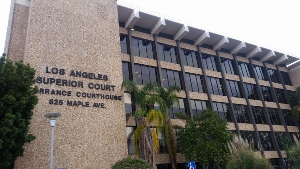 Our client initially opted for representation by the public defender, but she quickly told him that the best deal he could hope for was two years in state prison (this was simply wrong, as misdemeanor convictions do not involve prison, but jail)  The public defender also refused to listen to our client as to the full factual context of the incident and never visited the scene.

Our client then hired Greg Hill & Associates.  Greg Hill went to the scene with the client and his brother and reenacted the altercation, taking photographs which showed the police report was unreliable and simply false in certain respects.  Greg Hill then showed 8 x 10-inch color photographs of the scene to the DA and explained to the DA how the police report was quite wrong in many respects that made the whole incident factually unclear, which undermined how well the prosecution could explain what happened.

In response, the DA agreed a plea bargain wherein the prosecution dismissed all charges except the fighting in public charge on condition that our client plead no contest to this and complete 30 days of Cal-Trans work, 20 weeks of anger management classes and pay a fine of $200 plus penalties and assessments (total was $875).  He was also placed on three years of informal, or summary, probation.

Had our client fought his case at trial and been found guilty, he faced a maximum of three years in county jail.
For more information about the issues in this case summary, click on the following articles:
Contact us.