Our client was eighteen years old and a recent graduate of Hawthorne High.  She was recently married to a man in the U.S. Army and one month pregnant, too.  Her husband was being deployed to South Korea in about four months and she was quite excited to be headed there for a three-year period.
She went to the JCPenney at the Del Amo Fashion Center and went into the Sephora located within the JCPenney.  She selected a few bottles of perfume and some cosmetics.  She casually dropped them into her purse as she walked through the small store.  It was easy to do so, as her purse was big and she positioned it open.  The items she dropped into her purse were worth a total of $265.
She then casually walked out of Sephora and toward the exit of JCPenney to enter the rest of the Del Amo Fashion Center.
Loss prevention stopped her before she could get too far.  She quickly admitted to taking the items and offered to pay for them to be released.  She had enough money to do so. 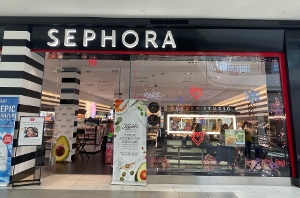 Loss prevention refused to allow her to pay for the items, which they recovered and returned to Sephora.
Loss prevention officers then called the Torrance Police Department, who came to the store and cited our client for violating Penal Code § 459.5, shoplifting.  She was assigned a court date just about two months into the future and about two months prior to her leaving for Korea with her husband.
The client was embarrassed, ashamed and petrified that this crime would prevent her from going with her husband overseas and further worried about going to jail while pregnant.
After about a week of talking to friends and family, she called up Greg Hill & Associates and spoke to Greg Hill.  She came into our office the same day.  Greg met with her and explained how such cases were generally handled in Torrance by the Torrance City Prosecutor’s office.  The client also explained her concerns about being pregnant and doing community service and her impending move to Korea.  Greg had been deployed to Korea while in the U.S. Marines many years earlier, so he was familiar with what she was facing.
Greg then recommended to the client that she take an online shoplifting prevention course such as through Tom Wilson Counseling, Logan Social Services or the National Association of Shoplifting Prevention.  Greg also requested documentation of her impending move to Korea, such as a copy of her husband’s PCS or TDY papers, and her pregnancy.
The client then quickly completed the online program from Logan Social Services and provided Greg Hill & Associates with her color certificate of completion.
Greg then appeared in the Torrance Superior Court for the arraignment and discussed the case with the Torrance City Prosecutor, who was somewhat shocked at the dollar value ($265) of the items taken, but commented that the items in Sephora were expensive.  She was also concerned that the young client was rather bold or brazen in doing so in such an apparently casual manner.
At the same time, Greg explained that the client was recently married, pregnant and about to be deployed overseas to Korea with her husband.  He explained that she was a high school graduate, not a high school dropout with no discernable future.
The Torrance City Prosecutor then kindly agreed to offer our client formal diversion, wherein she would be required to perform 80 hours of approved community service through the Torrance Volunteer Center (at 1230 Cravens Avenue) and then, if she stayed out of trouble and the Del Amo Fashion Center for six months, she would be allowed to withdraw her plea to a violation of Penal Code § 484(a) and the case would be dismissed.
The client was extremely grateful for this arrangement suggested by the Torrance City Prosecutor.  Her plea to a violation of Penal Code § 484(a) was then entered and she thereafter quickly completed her ten days (80 hours) of community service.  The client’s plea was then withdrawn six months later and the case was dismissed.  The client was happy to resolve the case in this manner.
For more information about shoplifting, please click on the following articles:
Contact us.