While it may seem rather obvious, a judge may deny a petition for resentencing under Senate Bill 1437, requested through Penal Code § 1170.95, if the prosecutor can still prove defendant is guilty of the degree of murder of the original conviction beyond a reasonable doubt, but under a different theory.
In other words, just because a person was convicted under a natural and probable consequences theory, vacating the conviction and resentencing is not mandatory.  The judge can deny resentencing if the prosecutor can prove defendant is guilty of the same crime under an alternative theory.  After all, it merits mention that within the statutory language in 1170.95, it says a person is entitled to relief if, among other things, he or she “could not be convicted of first or second degree murder” following the change in the law.
This situation arose in the recent Sixth Appellate District ruling of People v. Enrique Nunez Lopez (2020 DJDAR 11864).  The trial court found Lopez could still be convicted under an implied malice theory, so the murder conviction was not vacated and resentencing was denied.

Brief Synopsis: When one considers filing a petition for resentencing, one should first and foremost evaluate if petitioner could still be convicted of murder under another murder theory because if this is so, resentencing would not be allowed.  However, this rather fundamental consideration is completely skipped by many, as the following summary exemplifies implied malice as an alternative theory to the natural and probable consequences doctrine.

In 2014, a Monterey County jury convicted Lopez of second degree murder under a natural and probable consequences theory, as well as additional crimes.  In 2012, Lopez, a member of the Sureño gang La Esperanza Trece (Espe), accused fellow gang member Daniel “Frosty” Fraga of being “no good” at a gang meeting.  According to a number of Espe members, at Lopez’s urging, the gang held a vote to determine if Frosty was “no good,” meaning he would be killed by members of Espe.
Later on in the day of the “no good” vote, Frosty and a friend went to the home of Lopez’s girlfriend, where Lopez was.  Frosty punched Lopez and other gang members present joined the melee with Lopez’s girlfriend, an Espe gang member herself, eventually shooting Frosty with a shotgun.  Other gang members were also injured and shot in the fight.  Frosty and another man died. 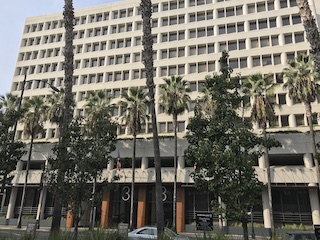 Court of Appeal Sixth Appellate District San Jose
The prosecutor agued that Lopez was an aider and abettor on the theory that the murders were the natural and probable consequence of actively participating in a criminal street gang (Penal Code § 186.22(a)).  He was sentenced to 22 years to life in state prison.
In 2019, Lopez filed a petition to vacate his sentence and for resentencing under Penal Code § 1170.95 (SB 1437).  The prosecutor opposed the petition, arguing that Lopez still could be convicted of second degree murder under an implied malice theory.
In response, Lopez contended that the evidence failed to prove that Lopez’s act of calling for the “no good” vote was a proximate cause of Frosty’s death and that the evidence failed to show that Lopez acted with implied malice.
The judge denied the petition, stating that the People had carried their burden “to show beyond a reasonable doubt that [Lopez] could still be convicted of murder under the current statute.”  The judge stated that Lopez “certainly would know” that “calling a meeting with associates and saying, ‘Hey, I think, you know, so and so is no good’. . . meant [that] individual was basically marked for death.”
Lopez appealed this ruling to the Sixth Appellate District Court of Appeal in San Jose.  The Sixth Appellate District affirmed the trial court judge, finding that the trial court judge had not, as Lopez argued, used a sufficiency of the evidence standard to find the prosecutor could still convict him under an implied malice theory.  The Sixth Appellate District Court also ruled that, contrary to Lopez’s appeal argument, that the prosecutor had proven each element of implied malice murder for second degree murder under current law beyond a reasonable doubt.
The appellate court agreed with the prosecution that Lopez’s act of organizing a meeting of gang members and then insisting upon a “no good” vote was the proximate cause of Frosty’s death.  Such conduct, the appellate court found, constituted reckless indifference to human life.
We present this summary to show that 1437 relief sometimes is not quite so easy and needs to be thought through before filing a petition for resentencing, as implied malice murder is factually supported quite often by the same facts that allow the same second degree murder conviction under the natural and probable consequences theory.
The citation for the Sixth Appellate District Court ruling discussed above is People v. Enrique Nunez Lopez (6th App. Dist., 2021) 56 Cal. App. 5th 936, 171 Cal. Rptr. 3d 170.
For more information about Senate Bill 1437, please click on the following articles:
Contact us.
Serving Torrance, Long Beach, Compton, Airport Courthouses and Other Courthouses.