Our client and her friend, both minors, went shopping for swimsuits, bras and jewelry, except they did not intend to pay for any of it.

Our client selected three items of jewelry, two swimsuits and two bras at three separate stores (one was Target) before being stopped by one store’s loss prevention officers with the items in her purse.  The items’ value was $80.57.  Her friend had considerably more items, perhaps valued at $150, when caught.
After loss prevention took her and her friend into custody, they realized our client and her friend had had a shoplifting spree and called the Riverside County Sheriff’s Department, who took custody of the pair and transported them to the sheriff’s station. 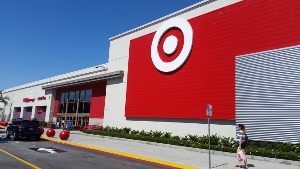 Our client was a senior in high school at the time of the arrest.  She had no prior criminal history and was looking forward to a four-year college.  She had mostly B’s in high school, except in math.  Her parents were very proud of her, as neither had gone to a four-year college.
The client’s parents contacted Greg Hill & Associates shortly after their daughter’s arrest.  The parents were terrified that all of their daughter’s hard work in high school, including varsity sports, was going to be erased by a conviction for a crime of dishonesty.

Summary:  Client, age 17 and a senior in high school, arrested for commercial burglary (Penal Code § 459) after being caught shoplifting at three stores in Riverside mall; case dismissed under WIC 654 Program.

What the parents did not know, but is a sad fact, is that certain student loan providers will not approve such a loan if the student has a juvenile adjudication for theft, as they believe that the risk of the person being kicked out of college is higher due to proven dishonesty already and that even if the person does graduate, the person will not pay back the loan because he or she is a thief.  In other words, it is just common sense and good business not to loan money to a thief.

Greg Hill discussed the case at length with the parents and commented that the Welfare & Institutions Code (WIC) § 654 pre-filing diversion program might be a way to preserve the client’s resume and avoid any action in the Riverside County Superior Court that could ruin their daughter’s future.
Greg also recommended that the client enroll in and complete an online shoplifting awareness class (either through Tom Wilson Counseling Center, Logan Social Services or the National Association of Shoplifting Prevention), which the client did do.

This program is a form of pre-filing diversion normally, wherein a plea is deferred pending the juvenile’s performance of certain requirements and if such requirements are met, the case is simply never filed (some would say it is dismissed, but this is technically untrue because it is never filed).

In the case of our client, she was required to attend an in-person (not online) theft prevention course and perform 40 hours of approved community service within six months.  She was also required to keep her grades high and not miss school without a valid excuse.

The client then completed the 40 hours of community service and the case was indeed dismissed.  The client and her parents were relieved to find their daughter unscathed by a conviction and on her way to college.