Gary Wickman was convicted of violating Penal Code § 532(a), “theft by false pretenses” of a man in his nineties in exchange for a low term sentence of sixteen months in state prison.  This was not a bad plea bargain because Wickman had a prior “strike” conviction for bank robbery and the amount in controversy was $133, 000, according to the Riverside judge hearing the case.

Article in Short Form:  Man who tricked elderly man in his nineties to lend him $133,000 must pay the sum back, plus interest at 10%.

As the reader of this article may know, restitution is often decided by the judge after the plea is taken.  In this case, the Riverside judge set the amount according to the evidence he heard at the restitution hearing.

The elderly man, Mr. Griffin, testified at the restitution hearing that he lent Wickman money over two years for various business opportunities that the court characterized as “schemes.”  Wickman did repay a lot of the money, but he also tendered checks to Griffin that bounced. 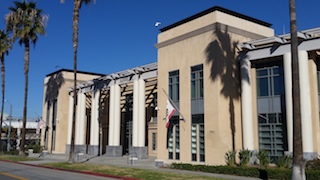 At the end of the restitution hearing, which took two days, the judge ordered Wickman to pay Griffin $133,848.47, plus ten percent interest.

Wickman appealed, arguing that the judge erred by not stating on the record the factual basis for and calculation of the restitution amount, overstated the amount Griffin lent, understated the amount Wickman paid and allowed the victim to recover interest on loans that violated California usury laws.

The appellate court noted that the trial court arrived at the $133,848.47 amount by adding together the eight unpaid promissory notes, which totaled $121,800.  The trial court also considered the $156, 000 note that Defendant proposed to pay to avoid prosecution.  The judge then included ten percent pre-judgment interest on five of the notes and subtracted the value of the vehicles that Griffin recovered after Wickman was arrested.

The appellate court then looked to whether the trial court had overstated the amount Griffin loaned Wickman.  The analysis weighed the competing credibility of Wickman and Griffin, which the trial court found favored Griffin.  The appellate court reminded the reader that “a restitution order is reviewed for abuse of discretion and will not be reversed unless it is arbitrary or capricious.  No abuse of discretion will be found where there is a rational and factual basis for the amount of restitution ordered.”  People v. Gemilli (2008) 161 Cal.App.4th 1539, 1542-1543.  Here, Griffin presented the court with eight promissory notes signed by Wickman and testified to their amounts, dates and whether they carried interest.  Wickman then gave testimony that contradicted the amounts and admitted he “was not too sure” about the interest rates involved.

The appellate court similarly endorsed the trial court’s decision concerning Wickman’s claim that he repaid more than Griffin testified to.

Lastly, the appellate court considered whether the interest rate imposed on the principal exceeded the legal limit.  The appellate court admitted that it could find neither case nor statutory law directly on point.  However, under principals of “unclean hands,” the court held that it was reasonable to impose interest payments on Wickman due to the nature of his conduct.  In addition, laws concerning usury did not apply to Griffin’s loans to Wickman because Wickman was investing in a gold and lumber venture in Mexico.  Wickman also had a history of fraud and theft-related convictions.  Moreover, Penal Code § 1202.4(f)(3)(G) allowed a 10% interest rate from the day of the loss.