Removal for Alien Convicted for Use of Drug Paraphernalia

Marcelino Oseguera Madrigal was ordered removed from the United States in February, 2009, fifteen years after he pled guilty in Washington State to a reduced charge of use of drug paraphernalia.  Oseguera had been originally arrested for possession of a controlled substance, specifically cocaine, before being removed by the Immigration and Naturalization Service.

Why This Article Matters:  Removal of an alien is proper for a state court conviction for use of drug paraphernalia, as it is related to possession of a controlled substance for purposes of the Immigration and Nationality Act.

Oseguera then filed a motion in federal district court to dismiss the indictment under 8 U.S.C. § 1326 based on a collateral attack that the removal order was erroneous.  Oseguera argued that he was not properly removed because his conviction for use of drug paraphernalia was not a violation relating to a controlled substance.  While the argument may sound specious, he was quite serious. 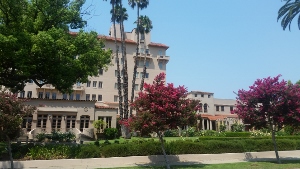 It merits mention that in the Washington state complaint it was alleged that Oseguera used a silver spoon and lighter to inject, ingest, inhale or introduce into his body cocaine.

His motion was ruled upon by the United States Court of Appeals for the Ninth Circuit in U.S. v. Marcelino Oseguera-Madrigal (9th Cir. 2012) 700 F.3d 1196 (originally 2012 DJDAR 15663).  It merits mention for purposes of this article and the reader that while the underlying case involved Washington and not California law, the removal order was based on federal law that certainly is applicable to any alien in California who may also be convicted of a California state court offense.

Turning to the Washington statute, the Ninth Circuit found it was identical in wording to the Arizona and Hawaii statutes, so removal of Oseguera was proper.

Oseguera also sought to collaterally attack the underlying Washington State conviction, citing to Padilla v. Kentucky (2010) 130 S.Ct. 1473 for ineffective assistance of counsel for not being advised of the adverse immigration consequences of such a conviction.  The Ninth Circuit rejected this argument as well, saying such an attack was foreclosed by Custis v. United States (1994) 511 U.S. 485.  Accordingly, the District Court was unable to consider the merits of Oseguera’s ineffective assistance of counsel claim at all.

Turning back to the charge of being an alien in the United States without permission after deportation, Oseguera was found guilty.  He was then sentenced to thirty-five months in federal prison and then, upon completion, removal to Mexico.

In short, Oseguera’s argument that use of drug paraphernalia was not a conviction relating to a controlled substance failed.  The words of former U.S. Supreme Court Justice Oliver Wendell Holmes here come to mind.  Holmes once wrote, “A word is not a crystal, transparent and unchanged; it is the skin of a living thought and may vary greatly in color and content according to the circumstances and the time in which it is used.”  This quote was cited in Almar Limited v. County of Ventura (1997) 56 Cal. App. 4th 105, 106.

Here, however, “paraphernalia” did not vary enough to escape its meaning as being related to possession or use of a controlled substance.
For more information about immigration issues involving drug offenses, click on the following articles:
Contact Greg Hill & Associates