With modern technology, we communicate less and less in a face-to-face manner.  We use e-mail, text messages, Twitter (“tweets”), voicemail, Facebook and blogs.  Indeed, many people carry their cell phones with them at all times and sleep with them nearby to receive such messages as soon as possible.  Patience is no longer required to communicate or intrude into another person’s attention.

Brief Synopsis:  Penal Code § 653m(a) and (b) makes it a crime to make annoying phone calls or send annoying texts.  The penalties can range from probation with a protective order to up to six months in county jail and a $1,000 fine, plus penalties and assessments that can total up to $4,4250.

To convey emphasis, there are symbols to add to messages such as a happy face, sad face, exclamation marks, hash-tags, etc.  Modern technology, in a way, enables and encourages emotional outbursts, especially of a positive nature.

Negative feelings can be strong and because of this, we often trust such feelings.  The adage “trust your intuition” usually suggests that if one suspects something bad, it is probably truly bad or will be eventually revealed as bad. 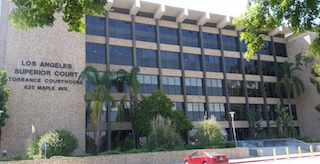 It is important to note the distinction between annoying phone calls or text and making criminal threats (Penal Code § 422) or stalking (Penal Code § 646.9), which are much more serious crimes.  Criminal threats in fact can be charged as a felony strike offense.  Criminal threats involve vowing to injure or even kill another person if the other person does not do certain things or stop doing certain things.  The perpetrator must have the present ability to carry out such threats and the recipient of the threat must be placed in immediate fear for their safety.  A minimum state prison term of sixteen months is the lowest punishment, although for a first time offender, probation is often granted, depending upon the facts.

It is also important to distinguish making annoying phone calls or texts from “sexting,” which is a sex offense and can carry with it severe penalties, the worst of which is perhaps the requirement of a lifetime requirement to register as a sex offender under Penal Code § 290.

In contrast, making annoying phone calls or sending annoying texts is treated by prosecutors with far less urgency.  Nevertheless, it is a misdemeanor offense and punishment is not just a fine.  The maximum punishment one faces for violating Penal Code § 653m(a) or (b) is six months in county jail and / or a fine of up to $1,000, plus penalties and assessments.

What our office has found in such cases is that prosecutors usually resolve such cases, most of which are first-time offenses for our client, with a protective order in favor of the recipient of such calls or texts, three years of summary probation, 26 or 52 anger management classes, up to thirty days of county jail or community service and a fine of between $150 and $300, depending upon the circumstances.

Usually, there are many counts, between five and fifty, and an emotionally charged “victim” who expects the prosecution to be zealous.  The “victim” may be active in attending court and may pressure the prosecution not to settle on gentle terms.

What we suggest our clients do in advance is enroll in an online anger management program.  Anger management is a category of classes that the courts do not designate with “approved providers,” so online classes are usually acceptable.  We also encourage clients to attend AA or NA classes in advance if alcohol or drugs are a factor in the calls or texts.  Taking these steps can help negotiate a resolution of the case on terms that the client can accept, often which are far better than the usual terms.

For more information about criminal threats, which is a more serious form of making annoying phone calls or texts, click on the following articles:
Contact Greg Hill & Associates