Hermosa Beach police officers were dispatched to the corner of 10th Street and Manhattan Avenue in Hermosa Beach with a report of “a man down.”  This did not sound good. 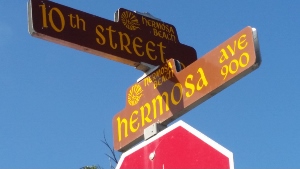 Upon arriving at the location, they came into contact with our client, age 29, sitting on the sidewalk and appearing to the intoxicated, which he was.  Unfortunately, this was not the first time he had contact with the police over alcohol issues.  He had a conviction for DUI from Tennessee ten years earlier, as well as one in California four years earlier.  He also had an arrest for DUI that resulted in a DA reject seven years ago.

In a Nutshell: Client arrested at corner of 10th Street and Manhattan Beach Boulevard in Hermosa Beach after 911 caller reports “man down.”  Hermosa Beach police find out client sitting on sidewalk and quite drunk.  Case resolved for six months of formal diversion with 26 AA meetings and then dismissal.

For his own safety, reportedly, police took our client into custody to allow him to sober up.  They also booked him for violating Penal Code § 647(f), public intoxication, and released him about eight hours later.  He signed a promise to appear in the Torrance Superior Court in about eight weeks.

The client knew that his criminal history might be an issue, and that his continued employment at a Fortune 500 company in El Segundo could be jeopardized with another conviction.

He consequently called Greg Hill & Associates and spoke to Greg.  The client had served in the U.S. Army for two years and received an honorable discharge, despite suffering a DUI while in the service.  Greg listened to the client describe the facts of the case, his military history and his employment concerns.

Greg asked that the client provide him his DD-214 to show his military service and the terms of his separation, as well as his resume, so that Greg might be able to use such documents in plea bargaining at the arraignment.

Greg looked at the client’s criminal history as reported by the Redondo Beach City Prosecutor’s research and saw that it showed no convictions, but two arrests for DUI without any conviction.

Greg then brought this to the attention of the Redondo Beach City Prosecutor and showed her the client’s proof of military service, as well as his resume.

The prosecutor took this into consideration, as well as the facts of the case, noting our client was cooperative with the police throughout.  She then agreed to informal diversion, wherein our client would attend 26 Alcoholics Anonymous (AA) meetings and pay the Hermosa Beach booking fee in exchange for a dismissal of the case with no conviction.

Greg then had the judge call the case and Greg continued the arraignment for 90 days to allow our client time to attend the AA meetings and pay the booking fee.

The client was very happy with the outcome, as he was fearful he would be not only fired from his dream job, but be forced to search for a new job while on probation with three alcohol-related convictions on his record.