People v. Cardenas - The Limits of the Kill Zone Theory.

As the reader of this article can imagine, a conviction for murder based on the “kill zone theory” implies that a defendant recklessly sprayed bullets at close range into a crowd with the intent to just kill as many people as the number of bullets he had allowed.  If defendant owned an automatic or semi-automatic weapon, the image of someone shooting multiple shots quickly is horrific because the victim(s) are unable to escape.

The Reader’s Digest Version: People v. Cardenas is a case anyone defending a “Kill Zone” prosecution must understand well to limit the prosecution’s arguments and ensure the jury instructions are properly written.  The following article summarizes this case and how the “Kill Zone” theory has limits.

This kill zone theory to describe defendant’s conduct to a jury, however, is more limited in application than the situation described above.
The kill zone theory may only be applied when a jury concludes the circumstances of defendant’s attack on a primary target are such that the only reasonable inference from the circumstances of the offense is that a defendant intended to kill everyone in the zone of fatal harm as a means of killing the primary target.  People v. Canizales (2019) 7 Cal.5th 591.  In other words, it cannot be applied any time someone shoots into a crowd.
To see how this applies, the following summary of a Fourth Appellate Court ruling in People v. Pedro Jorge Cardenas (2020 DJDAR 8465, August 7, 2020) is good to understand.
On the evening of February 27, 2016, Armando H., four of this nephews (including Chris and Jesse H.), Armando’s father-in-law (Juan) and several others were drinking beer and listening to live music at a Riverside County restaurant and bar.  The group stayed until closing time and left minutes before 2:00 a.m. the following morning.
Everyone exited together and headed into the parking lot.  Armando, Chris and Jesse were the first to exit the restaurant; Juan was the last to leave.
Video recordings from two different locations in the parking lot captured what happened next.  The recordings were played for the jury. 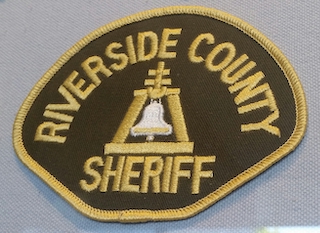 Riverside County Sheriffs Patch
In the parking lot, Chris and Jesse both noticed two men, later identified as Pedro Jorge Cardenas and Luis, who they did not know or recognize, walking towards them in an aggressive manner.  When the two groups of men encountered each other, a verbal altercation ensued.  Luis was the initiator and said something like “What’s up?” in an argumentative and aggressive manner.  Jesse and Armando replied in kind.
Armando then said in Spanish, “Que onda, pendejo,” which Jesse explained roughly translates to “what’s up, asshole.”
At that point, Luis pulled out a gun, but pointed it at the ground.  Cardenas then also pulled out a gun from his waistband.
The others noticed Cardenas’ gun and backed away, but Cardenas began shooting.  He aimed directly at Armando.  His first shot hit Armando and Armando seemed to move away.  Luis and Cardenas then fired more shots at Armando, who ducked behind an SUV in the parking lot.
Another shot hit Juan.  Luis and Cardenas then started retreating, first walking, but then running.  Both Luis and Cardenas fired several more shots while running away, but at no one in particular.
The entire incident lasted 30 seconds and less than ten seconds from the first shot to the last shot.  Armando was shot six times and died later that morning.  Juan was shot in the foot and Chris was shot in the leg above the Achilles tendon.  Detectives collected 15 shell casings.
Cardenas was later arrested, charged and convicted by a jury on one count of murder, two counts of attempted murder and one count of assault with a firearm.  He also pled guilty before trial to being a felon in possession of a firearm (Penal Code § 29800(a)(1)).  The People alleged firearm enhancements for the murder count and one for the attempted murder count, as well as great bodily injury enhancements for the assault with a deadly weapon charge.  The jury found true all allegations and the judge sentence Cardenas to 12 years eight months plus 79 years to life.
During the close of trial, the trial court judge instructed the jury on the kill zone theory as to the attempted murder counts and, on that basis, Cardenas appealed the verdict to the Fourth Appellate District.
In People v. Pedro Jorge Cardenas (2020 DJDAR 8465), the Fourth Appellate District concluded that the evidence was insufficient to justify instructions on the kill zone theory under People v. Canizales (2019) 7 Cal.5th 591 and that the error was prejudicial.  Therefore, the Fourth Appellate District vacated the attempted murder convictions.
The Fourth Appellate District did so because there was not sufficient evidence to support a jury determination that the only reasonable inference from the circumstances of the attack were that Cardenas intended to create a zone of fatal harm as a means of killing Armando.
While the record did contain substantial evidence from which a jury could infer that Armando was Cardenas’ primary target because his first two shots were directly at Armando.  However, to instruct on the kill zone theory, the evidence must show more than the existence of a primary target.  Canizales at 609.  There also must be sufficient evidence “to support a jury determination that the only reasonable inference from the circumstances of the offense is that a defendant intended to kill everyone in the zone of fatal harm” as a means of killing the primary target.
Here, the ten-second shooting occurred in two distinct phases. The first phase was the direct shooting of Armando.  No one else was standing next to Armando when those shots were fired.  Jesse and Chris were moving behind a SUV for cover.  The video showed they were five feet away from Armando.  In the second phase, the shooters shot at Armando, but he was separate from the others, who were hidden.  Moreover, Cardenas and Luis were retreating and really firing at Armando only in an almost careless manner as they ran away.  There was nothing from the videos that suggested Cardenas and Luis were shooting at the others with reckless disregard in seeking to hit Armando as their target because the others were hiding behind a SUV.
The citation for the Fourth Appellate District Court ruling discussed above is People v. Pedro Jorge Cardenas (4th App. Dist., 2020) 53 Cal. App. 5th 102, 266 Cal. Rptr. 3d 788.
For more information about the kill zone theory, please click on the following articles:
Contact us.
Serving Torrance, Long Beach, Compton, Airport Courthouses and Other Courthouses.