At approximately 3:00 a.m. on a weekend morning, our client’s car suffered some type of mechanical failure as our client drove southbound on the 405 near MacArthur Boulevard and John Wayne Airport.  He was on his way to meet a prostitute at a hotel in Orange County.

The client’s car inexplicably coasted to a stop on the side of the freeway.  Our client, thinking the car simply ran out of gas (although the fuel gauge showed there was plenty of gas), called a friend to bring him some gasoline.  He was quite upset.  The client believed the fuel gauge must have been broken.

Synopsis:  Newport Beach, case dismissed after re-test of substance Irvine police claimed was positive for methamphetamine proves negative.  When the client says the substance found was not drugs, have the substance retested!

Before the friend could arrive, an Irvine Police Officer pulled up behind our client and accused our client of being under the influence of alcohol (it was 3:00 a.m.).  Our client passed the breathalyzer test just fine, which puzzled the police officer and made him doubly determined to arrest our client for something. 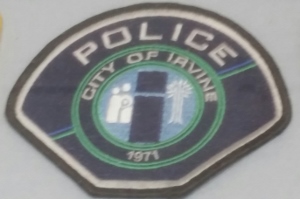 Our client was wearing only a t-shirt and shorts, so he shivered in the low 50-degree weather after being outside the car for about an hour.  The client was about six feet tall and 135 pounds, so this was expected, but the police interpreted shivering as our client being under the influence of methamphetamine.  The portly police officer did not quite understand what went along with having a low percentage of body fat.

To find something to arrest our client for, the police officer asked to search the inside of our client’s car.  Our client agreed to such a search, as he had nothing to hide.  Police then did so and announced he had found methamphetamine spilled all over the inside of the car.

The police officer then produced a NIK kit from his car, pretended to test the substance and then marched proudly back to our client to show him a blue test result, which indicates a positive test.  Our client was shocked, as the Irvine Police Officer handcuffed him and locked him up.

Greg Hill asked the District Attorney to re-test the sample, based on the client’s insistence that the Irvine Police Department had made a mistake.  Greg was skeptical of the client’s claim, but requested such a re-test nonetheless.

While it took about four weeks for such a test, the re-test was performed with negative results.  The astonished Orange County District Attorney agreed to dismiss the case in the interests of justice (Penal Code § 1385), not to press forward for a DUI based on drugs, even though our client had admitted to being under the influence of meth while on the side of the road.  Our client was then released about twelve hours later.  He had not posted bail, so he had languished in the Orange County jail for almost a month (he was unemployed, so he did not lose his job).

For more information about drug diversion programs and bad cops (Pitchess Motions), click on the following articles:
Watch our Video about Drug Offenses by clicking here.