Motion to Withdraw a Plea When Judge & DA Said No Strike

In 1997, Brian Dubrin was convicted of felony assault, which is a strike offense.  In 2000, he entered a plea to felony criminal threats, Penal Code § 422.

In 50 Words or Less:  Three-Strike offender may challenge prior strike because judge and DA in prior case told him at plea no strike would be on his record.

At Dubrin’s change of plea hearing to change his plea from “not guilty” to “no contest” to the charge of criminal threats, the prosecutor stated on the record that he had “checked with [his] appellate department” and was told that the criminal threats conviction for Dubrin would not count as a strike.  Later, also on the record, the prosecutor said, “we’re going under the assumption that his plea to 422 is not a strike.” 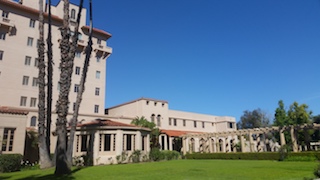 US Ninth Circuit Court of Appeals Pasadena
The judge who then accepted the plea commented on the record, “that would have been my reading of the initiative [Prop 21], that it’s not [applicable].”  Even if it were applicable, the judge noted, “there likely would be issues of retroactivity” anyway.
The prosecutor and the judge were wrong.  Prop 21 did add section 422 to the list of offenses that were considered “strikes.”  Moreover, other later cases addressing retroactivity of the law found that it was retroactive, at least insofar as applied to Dubrin’s 2000 date of offense.  People v. Ringo (2005) 134 Cal. App. 4th 870, 884; People v. James (2001) 91 Cal. App. 4th 1147, 1150-51.

Fast forward to 2008, when Dubrin was convicted of several felonies that counted as a third strike.  He then found himself being sentenced as a three strike offender to an indeterminate term of twenty-five years to life in prison.

Dubrin promptly appealed his sentencing, arguing that his 2000 conviction could not be counted as a strike.  The trial court judge rejected the argument.  The state court of appeal then affirmed the trial court when Dubrin appealed, holding that even though Dubrin had been misled, he had not shown prejudice, which we find especially interesting.  Indeed, after Dubrin’s 2000 conviction, he was granted probation, but had he not been sentenced as a three strike offender in 2008, it is not hard to understand his 2008 sentence (had it been with only one prior strike) would have been lower.  Consequently, the sentence based on a third strike resulted in prejudice quite clearly.

In 2010, Dubrin filed a habeas petition to the United States Court of Appeals for the Ninth Circuit.  Under 28 U.S.C. § 2254(a), a federal district court may review the constitutionality of a state court sentence.

The Ninth Circuit noted at first that it really should not review prior sentences which have already been served.  Lackawanna Cnty. Dist. Attorney v. Coss (2001) 532 U.S. 394, 403-404.  In Dubrin’s case, he had already finished serving his sentence from his 2000 conviction.

However, the Ninth Circuit decided such a prudential consideration for finality of prior rulings (as articulated in Lackawanna) did not apply to Dubrin because of the effects of the 2000 conviction being a sentence enhancement to his present 2008 sentence.  Consequently the Ninth Circuit created, seemingly, a new exception to Lackawanna and permitted his appeal, even noting that Dubrin had previously made such a constitutional challenge, but the trial court and lower appellate court had not ruled on it.

We think this apparent exception being carved out of Lackawanna is hugely significant.  It may “open the floodgates” of appeals by numerous third-strike offenders who wish to challenge the constitutionality of their prior strikes.

However, the Ninth Circuit did not reach the answer that Dubrin really wanted (was his 2000 conviction properly “counted” as a strike?), the Ninth Circuit remanded the question.  More importantly, Dubrin seems to have flung the door open for dozens, if not hundreds of third-strike defendants who wish to challenge the constitutionality of their prior strikes.  This will bring new attention to the problems with California’s Three-Strike Law and possibly result in changes to it in the future.
The citation for the U.S. Ninth Circuit Court of Appeals ruling discussed above is Brian Charles Dubrin v. People of the State of California (9th Cir. 2013) 720 F.3d 1095.
For more information about withdrawing a plea, click on the following articles:
Contact Greg Hill & Associates