Without All the Details, What Happened?:  Los Angeles, 27 year old client faces six consecutive life terms for multiple acts of intercourse with a twelve year old, resolved for eight years in state prison.

The twelve year old girl became sexually aggressive to our client, telling him “you can do anything to me you want.  I am yours.”  Our client turned her away repeatedly.  The advances were not subtle and her intentions were very clear.  Ironically, the girl’s mother, years older than our client, had seduced our client when he was in high school and she was in her twenties, in itself a crime.

The girl persisted, however, and our client mistakenly succumbed to her advances, which included sliding into his bed at night and rubbing her body up against his.  She even provided him with a condom.  Our client never climaxed and, he said, he never enjoyed it.

Finally, our client knew he had to leave the family.  The relationship was broken with the mom and the twelve year old girl thought he was her boyfriend.  When our client announced he would break up, the mom then went to the police and reported our client’s contact with her daughter.  A thorough investigation was conducted, wherein the daughter claimed our client threatened her with violence if she did not have sex with him and said he would do the same thing to the nine year old daughter as well.

The mother was clearly behind such fabrications.  As it is said, “hell hath no fury like a woman scorned.”  The mother even threatened our client with, “if you come back to me, all charges will be dropped.”  She, in other words, was giving him an ultimatum that if he did not return to her, who he supported financially, she would have her daughter help the prosecution, which could lead to Penal Code 269 charges, which involves consecutive life terms. 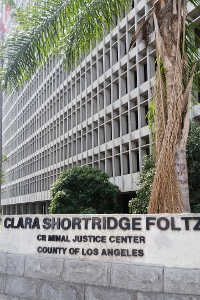 Our client’s family contacted our office after our client was arrested.  Our office negotiated with the District Attorney in Downtown Los Angeles, pointing out the extreme credibility issues the daughter had and the mother’s obvious vendetta.  It was also clear that the mother had coached her daughter in almost every detail for maximum effect.  Fortunately, our efforts were successful, as the complaint alleged violations of Penal Code 288(a), not Penal Code 269, although the evidence unmistakably supported the more serious charge of Penal Code 269.  Penal Code 288, Lewd and Lascivious Acts Upon a Child Under 14 Years of Age, was still a very serious allegation and our client faced six counts of such violations, each a strike.

Through our negotiations, the District Attorney agreed to dismiss five of the six counts, but our client still had to plead “No Contest” to one strike and he was sentenced to eight years in prison.  He will serve a minimum of 85% of his term.

While this was a bitter pill to swallow, it was far less painful that multiple consecutive life terms.  The District Attorney understood, as did we, that if the victim testified to the threats of force used, she would have to amend the complaint to allege violations of Penal Code § 269 and our client would face multiple consecutive (not concurrent) life sentences.  We avoided that risk with an early plea agreement before the victim could testify at the preliminary hearing.