Our client, age 23, went to Long Beach to participate in the City of Long Beach Pride Celebration.  He had enjoyed his time there and was heading back to his car when he realized he needed to urinate.
It was daytime and the nearby bars and restaurants were open, but our client decided to just duck behind a dumpster and urinate instead of going into one of the restaurants to use a bathroom therein.
A Long Beach Police Department officer on foot patrol due to heightened security for the Pride Celebration, fearful of violence as had taken place in other similar celebrations in other cities nationwide, saw our client urinating behind the dumpster and approached him.  As our client was finishing up his business, he turned around to meet face to face with the uniformed police officer. 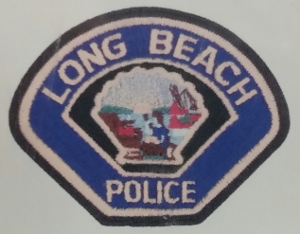 The officer advised our client that urinating in public was against the law and our client politely apologized.  The officer then asked our client for his driver’s license, which our client sheepishly provided, embarrassed that he was being detained by a police officer because he had no prior criminal history and was a graduate of a prestigious East Coast university.
The officer wrote out the ticket, citing our client for violation of Long Beach Municipal Code § 9.25.010, public urination, and asked our client to sign a promise to appear in the Long Beach Superior Court, also known as the George Deukmejian Courthouse on Magnolia Avenue.  Our client signed the promise to appear and the officer then handed our client back his driver’s license and a ticket.
Our client noticed that “M” was circled on the ticket, but did not know what this signified until he arrived home in West Hollywood and researched Long Beach Municipal Code § 9.25.010 and learned it was a misdemeanor.  The client researched further on public urination and read that one convicted of public urination could face being ordered to register as a sex offender under Penal Code § 290 for life (this is generally untrue – the case would most likely be filed instead as indecent exposure), face up to six months in county jail and be ordered to pay a fine of up to $1,000.  He was horrified.
The client then called Greg Hill & Associates and spoke with Greg Hill.  The client explained what had happened to him and asked if it was true, he could be ordered to register as a sex offender.  Greg explained that in his 21 years of practicing law, he had never seen anyone or even heard of anyone ordered to register as a sex offender as a result of a public urination conviction.
Greg then explained his experience in defending such cases in Long Beach Superior Court and how the handling of such cases has changed over time.  Greg explained that due to the client’s age, 23 years old, he would qualify for the Long Beach City Prosecutor’s “pet program” called P.A.T.H. (Promising Adults, Tomorrow’s Hope), a typically pre-filing diversion program for young, first-time offenders charged with minor misdemeanors like public urination.  Greg explained that a prior client had just been referred to the program and Greg explained what it involved.
Greg also recommended that the client attend ten Alcoholic Anonymous (AA) meetings because the presumption with public urination cases is that the defendant consumed too much alcohol and, due to impaired judgement from the alcohol, just decided to urinate in public rather than return to a bar or restaurant and use the restroom in the establishment.
Greg then stated he would write the Long Beach City Prosecutor’s Office and specifically lobby for our client being referred to the P.A.T.H. program so our client would avoid a criminal case being filed against him and the stain on his otherwise spotless criminal history.
The client then retained Greg Hill & Associates and Greg immediately wrote the Long Beach City Prosecutor’s Office requesting pre-filing diversion of the case to the P.A.T.H. program.
Over the next eight weeks, our client received no notification from the Long Beach City Prosecutor’s Office of his case being referred to the P.A.T.H. program like our earlier client did.  He called our office multiple times, anxious to know if the program had been cancelled.  Greg advised that the program had not been cancelled.
Eventually, the arraignment date came and Greg appeared for the client in the Long Beach Superior Court.  Greg discussed the case with the Long Beach City Prosecutor, who belatedly offered our client the P.A.T.H. program, but then said, “no, that’s too much.  How about a dismissal if he attends twelve AA meetings and performs 24 hours of community service.”
While this was not a trifling amount, Greg agreed to this, as a dismissal is much-prized and the dismissal would be under Penal Code § 1385, meaning the client would then be eligible to have the court file and police report sealed under Penal Code § 851.91, the new CARE Act.  Our client accepted this deal, eager to have the case dismissed.
For more information about public urination, P.A.T.H. and diversion issues, please click on the following articles:
Contact us.
Serving Torrance, Long Beach, Compton, Airport Courthouses and Other Courthouses.