Our client, age 30 and married, was arrested along with dozens of others, at the Seaport Marina Inn in Long Beach along East Pacific Coast Highway.  He was arrested for violating Penal Code § 647(b), “Solicitation of Prostitution.”  Apparently, there were a total of 210 “johns” arrested in this two day sting operation by the Long Beach Police Department.

Before being arrested, our client had responded to an advertisement on Backpage.com, where a police officer was posing as a prostitute, “White Blond Girl, age 24.”  He texted the number on the advertisement and immediately inquired if the service included “Greek.”  The officer posing as a prostitute answered, “yes, add $20 to whatever you want.”  The Client then asked to pay $120 for one hour.  He also asked her if she allowed “multiple pops.”  The police decoy answered, “yes.”

Two male police officers then entered the room from the hotel room’s bathroom and took our client into custody.

The client called our office the very next day and described the facts to Greg.  Greg explained how such cases are generally handled and described Assembly Bill 2124, which would not be effective until January 1, 2015, or three and a half months later.

Greg described a plan that he hoped to follow in the Client’s case of filing a motion for imposition of diversion under the new law, but that he needed to keep the case from being pushed to trial, which he expressed hope of doing by demanding full discovery from the Long Beach City Prosecutor’s office, which takes time. 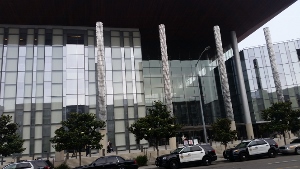 The client hired Greg Hill & Associates and Greg appeared at the arraignment in late September, 2014.  The City Prosecutor, despite having over 200 such cases to handle, was especially focused on this particular case, expressing shock at the services requested by our client and commenting “this wasn’t his first rodeo,” suggesting he had used prostitutes many times in the past because he knew the street language for various sex acts.

The initial offer was that the client plead guilty to the violation of Penal Code § 647(b) and be placed on 36 months of summary probation, pay a $300 fine plus penalties and assessments (total is about $1,400) and submit to an HIV test and AIDS education class.  Greg has handled dozens of such cases over the last sixteen years, in many different courts, but this offer topped them all.  Greg almost laughed at how tough the offer was.

Apparently, over 150 defendants arrested in the same sting had already accepted the offer and the Long Beach City Prosecutor’s office posted the booking photographs of such folks on their website.

Greg calmly requested all discovery and set a further pre-trial hearing for about six weeks later.

The offer did not change and in fact, the prosecutor even called Greg Hill one day at 8:10 a.m. to remind him that the offer would not change and that “your client had better take the deal or else.”

Greg then calmly prepared and filed the motion for imposition of diversion under Penal Code §§ 1001.94 to 1001.98, which codified Assembly Bill 2124.  The hearing was set for after January 1, 2015.  The judge granted the motion, which greatly angered the prosecutor.

The judge placed our client on one year of diversion, conditioned upon him attending 26 sexual compulsiveness anonymous classes, performing five days of Cal-Trans community service, and attending an HIV/AIDS one day ($60 cost) education class and test.  When the client completed this and if he stayed out of trouble for a year, the case would be dismissed, without any conviction.
This was far better than being on probation for three years with a conviction on his permanent record, having to pay approximately $1,400 and having to attend the HIV/AIDS education class and testing.

The client was quite happy with this, as avoiding a conviction was major interest of our client due to his employment requirements.