Our legislature has singled out certain types of behavior as worthy of punishment with an enhanced sentence.  In this context, great bodily injury refers to “substantial or significant bodily injury or damage” and not to “trivial or insignificant injury of moderate harm.”  People v. Caudillo (1978) 21 Cal.3d 562, 580, at n. 12 (quoting former CALJIC 17.20), overturned on other grounds in People v. Martinez (1999) 20 Cal.4th 225, 229.
However, whether an injury constitutes a great bodily injury is a question of fact for the jury.  People v. Wolcott (1983) 34 Cal.3d 92, 107.

The Reader’s Digest Version: Penal Code § 12022.7(a) is not the only sentence enhancement of three years for great bodily injury.  There are over twenty other enhancements for specific injuries arising out of specific crimes, i.e., elder abuse, arson, etc., as the following list presents.

Originally, Penal Code § 12022.7 was the Legislature’s intent to increase punishment for the infliction of great bodily injury (other than to an accomplice) when substantial injury beyond that inherent in the offense has occurred.
Now, there are 22 more.  Here are 23 such enhancements (including 12022.7) for great bodily injury (GBI) or death, in order as they appear in the Penal Code, with the last one appearing in the Health and Safety Code. 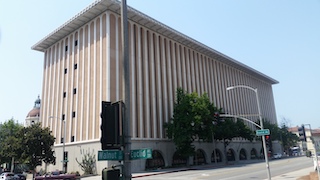 Pasadena Courthouse
Four of the enhancements pertain to elder abuse, two to arson, two to use of a firearm,  and seven relate to personal infliction of GBI in various contexts.
For more information about the great bodily injury sentencing enhancement, please click on the following articles:
Contact us.
Serving Torrance, Long Beach, Compton, Airport Courthouses and Other Courthouses.