The “Kill Zone” murder theory is a criminal defense attorney nightmare because it allows, if authorized by the judge, the prosecution to argue that defendant had a primary target and thinks that he cannot miss while shooting a gun if he kills everyone in the area in which the target is located.  People v. Bland (2002) 28 Cal.4th 313, 327-328.

The Gist of this Article: The “Kill Zone” murder or attempted murder theory is often overused by prosecutors as an easy way to argue intent, so defense counsel must be careful to prevent it being used too liberally, especially in an attempted murder case, as the following summary explains.

In one of the first cases it was argued, a gang member shot at another individual, intending to kill him.  The gang member then shot at the individual, who was standing in a crowd of people at a Compton party and, in a barrage of bullets, killed several others who were standing nearby the intended target in the “kill zone.”  It is often noted that the defendant has the concurrent intent to kill others who are “in the zone” by being located near the target.
In an attempted murder case, the use of a “Kill Zone” theory of concurrent intent is heavily criticized because the prosecution must establish the specific intent to kill and the commission of a direct, but ineffectual act toward accomplishing the intended killing.  People v. Canizales (2019) 7 Cal.5th 591 at 602; People v. Covarrubias (2016) 1 Cal.5th 838, 890; People v. Perez (2010) 50 Cal.4th 222, 224 (“[S]hooting at a person or persons and thereby endangering their lives does not itself establish the requisite intent for the crime of attempted murder.”).
It is important to understand, in attempted murder, an intent to kill cannot be “transferred” from one attempted murder victim to another under the transferred intent doctrine.”  Cannizales, supra, at 602.  In Perez, supra, for example, the court found that the “Kill Zone” theory could not be applied when defendant fired a single shot from a moving car at a group of eight individuals 60 feet away, supporting eight counts of attempted murder, not just one. 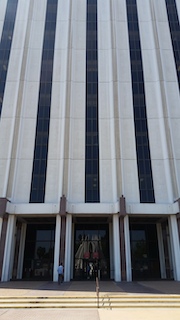 Compton Courthouse
In other words, there were certainly limits on prosecution use of this theory of murder, or attempted murder (some might quip that defense attorneys are no longer in a dangerous “kill zone”).  In Canizales, supra, the California narrowed application of the doctrine, holding, “[T]he kill zone theory for establishing the specific intent to kill required for conviction of attempted murder may properly be applied only when a jury concludes:
“Taken together, such evidence will support a finding that the defendant harbored the requisite specific intent to kill both the primary target and everyone within the zone of fatal harm.” Canizales, supra, at 607.  The holding continued, saying that “[I]n determining the defendant’s intent to create a zone of fatal harm and the scope of any such zone, the jury should consider the circumstances of the offense, such as the type of weapon used, the number of shots fired (where a firearm is used), the distance between the defendant and the alleged victims, and the proximity of the alleged victims to the primary target.” Id.
The court then stated what we think is the most important observation: “Evidence that a defendant who intends to kill a primary target acted with only conscious disregard of the risk of serious injury or death for those around a primary target does not satisfy the kill zone theory.”  Id.  It then concluded, cautioning “[W]e anticipate there will be relatively few cases in which the theory will be applicable and an instruction appropriate.  Trial courts should tread carefully when the prosecution proposes to rely on such a theory, and should provide an instruction to the jury only in those cases where the court concludes there is sufficient evidence to support a jury determination that the only reasonable inference from the circumstances of the offense is that a defendant intended to kill everyone in the zone of fatal harm.  The used or attempted use of force that merely endangered everyone in the area is insufficient to support a kill zone instruction.”  Id., at 608.
In the Compton Superior Court case of People v. Damon Lamar Booker (2020 DJDAR 13199), Canizales’ warnings foreshadowed an erroneous jury instruction given by Judge Sean D. Coen, who is universally regarded as one of the best judges around.
Booker shot five shots into the driver’s side window of a car of another after Booker and the driver of the other car had a brief conversation about gang affiliation at a liquor store.  The victim and his girlfriend were in the car.  The girlfriend was not hit, as she ducked down, but the driver died.
Booker was then prosecuted for the murder of the driver and attempted murder of the passenger on a “Kill Zone” theory.  Booker was then convicted of murder and attempted murder after Judge Coen allowed a “Kill Zone” jury instruction (a modified version of CALJIC 8.66.1) for the attempted murder count, allowing the jury to find concurrent specific intent for the murder and attempted murder.
The Second Appellate District Court found the instruction erroneous and reversed the attempted murder conviction, remanding the case back to the trial court.
We present this article to show how even a very competent judge can run into problems in this tricky area and a good criminal defense attorney must be on his toes to make sure the jury instructions strictly follow Canizales and that the prosecution’s closing arguments do not misstate the law.
The citation for the Second Appellate District Court ruling discussed above is People v. Damon Lamar Booker (2nd App. Dist., 2020) 58 Cal. App. 5th 482, 272 Cal. Rptr. 3d 421.
For more information about “Kill Zone” issues, please click on the following articles:
Contact us.
Serving Torrance, Long Beach, Compton, Airport Courthouses and Other Courthouses.