Our client, age 13, was in the eighth grade.  He walked to school and after school, walked home.  The route he took overlapped with high school students walking to and from a local high school.  Usually, the two groups kept their own distance from each other due to age and size differences.

One high school sophomore, however, was friendly to our client.  She talked to him and seemed to like him.  Our client, however, was not attracted to her because she was quite large.

The Gist of This Article:  Our client, a male age 13, allegedly touches a high school sophomore, a female, in an inappropriate manner.  The client is taken into custody by the Torrance Police Department for allegedly committing a sexual battery (Penal Code § 243.4).  The case is referred to teen court and no case is filed in juvenile court.

One day, as he was walking home, she walked fast and caught up to him.  The two then walked along together.  She made a big effort to talk to him and when the two reached her home, she gave him a “side hug” as she left.  Our client, confused by this, returned the gesture out of an awkward sense of needing to be polite.  As he did so, with her on his left, his left arm was not long enough to reach her shoulder (because she was so large) and instead, his hand went under her left arm and his hand accidentally touched her side of left breast.

The sophomore did not seem to mind at all and left, saying cheerfully, “see you tomorrow!”  Our client responded, “whatever” and kept walking toward home.

As he continued walking along the sidewalk, he suddenly heard footsteps behind him as if someone was running in a labored manner.  He then heard heavy breathing and turned around.  It was the same girl.  She had apparently dropped off her school books and decided to rejoin him.

The two walked along and she explained that she was headed to her friend’s house.  The two talked about where he lived and his school.

The pair then reached the point where she needed to turn the corner to head to her friend’s house.  She told him good bye and playfully kicked him in the rear end.  He returned the gesture, playfully tapping her on her rear like baseball, football and basketball players do to each other.

The next day at school, he was called to the principal’s office and told he was being expelled for sexual battery (Penal Code § 243.4).  The Torrance Police also were there and took him into an empty office to ask him about his walk home the day prior.  He was shocked. 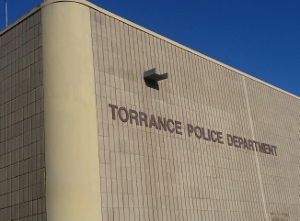 His mother was called to come to the school, but she did not answer her phone (not recognizing the phone number).  Our client was then taken to the Torrance Police Station, where a female detective interviewed him.  Our client told the detective that he did not like the sophomore, as she “bugged him” and “was really fat.”  The detective persisted in questioning him about the hug and butt tap, asking him, “well, you are a guy, right?  You enjoyed touching her there just a little, right?”  Our client answered, “no.”  She said, “really?  But you are a guy and she’s a girl.  Weren’t you kind of curious to know how that felt?  Didn’t you like it just a little?”

Upon more pressure from the detective, our client acknowledged, “well, just a little.”

With that, the client was arrested for sexual battery and assigned an arraignment date in the Long Beach juvenile court in about two months.

The moment the client was released, his mom called Greg Hill & Associates.  At the time, Greg was in court, but once he got out of court, he went straight to the police station to speak to the detective.  Greg asked to submit a declaration from the client about the events, just because the situation was a “he said, she said” situation.

Greg then spent the next two and a half hours in the office with the client and his mom, drafting a declaration for the client to sign to clarify what happened and to explain how the “just a little bit” concession was in response to the detective’s hinting he was a homosexual, to rebut this.

The case was then rejected for filing and the client was referred to Teen Court.  This avoided a criminal history for our client.  The client’s mom and the client were very happy for Greg’s fast work and sense of urgency.