Home
Other Information
Criminal Defense Articles
Is a Waiver of the Right to Appeal in a Plea Enforceable?

Is a Waiver of the Right to Appeal in a Plea Enforceable?

Brief Synopsis: A waiver of the right to appeal in a plea agreement is not enforceable as long as defendant files a certificate of probable cause for the appeal under Penal Code § 1237.5 and California Rules of Court 8.304(b).  If the appellate court agrees that the waiver is unenforceable (i.e due to a change in the law, the discovery of new facts, etc.), then the appellate court will consider the merits of the appeal.

In some counties, the waivers will include an agreement that defendant waives “all rights regarding state and federal writs and appeals.  This includes the right to appeal my conviction, the judgement, and other rights previously issued by the court.  I agree not to file any collateral attacks on my conviction or sentence at any time in the future.  I further agree not to ask the Court to withdraw my plea for any reason after it is entered.”
Is this type of broad waiver enforceable?  What if there is a mistake in the handling of the case after the plea is entered, i.e. in establishing custody credits?
This issue was put to the test in the Sixth Appellate District in an appeal by Sotero Genaro Becerra over the calculation of his custody credits, although the custody credits were calculated before he entered his plea.  Becerra had entered into a plea bargain with a broad waiver of his right to appeal the judgment (sentencing, when custody credits are calculated, is part of a judgment).  Was the waiver enforceable? 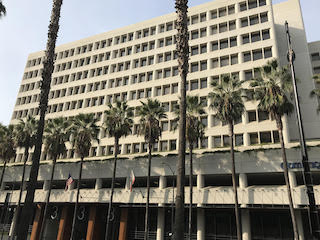 Sixth District Appellate Court 2 San Jose
Could he still file an appeal?  If so, when would such a waiver of the right to appeal be enforceable, if ever?  If he could not, was that a deprivation of due process of law?
The underlying events leading to the plea and then the appeal were that in 2018, Mr. Becera pleaded no contest to driving a vehicle or taking a vehicle without the owner’s consent (Vehicle Code § 10851(a)) and misdemeanor evading an officer (Penal Code § 148(a)(1)).  In entering his plea, he admitted he had a prior conviction for 10851(a) and that he had served a prior prison term within the meaning of Penal Code § 667.5(b) within the last five years (a one-year sentence enhancement).  The judge also found that Becera had violated the terms of his mandatory supervision from a conviction a year earlier.  The sentence for all of this was two years in county jail and three years of further mandatory supervision.  At time of the sentence and judgment, Becera was given 72 days of custody credit (based on 36 days actual time in custody, plus 36 days conduct credit).
Becera then filed an appeal of his sentence, claiming he should have received 164 days of credit.  The trial court judge refused to find probable cause for the appeal and thus did not sign a certificate of probable cause.
Becera’s appeal was therefore dismissed before the appellate court even reached a decision on the custody credits claim.
This article is written to explain for the reader when a certificate of probable cause is required for an appeal.  The answer is that such a signed certificate is required under Penal Code § 1237.5 and California Rules of Court, Rule 8.304(b), when the claim falls within the scope of the appellate waiver taken during the plea.
Once one obtains a signed certificate of probable cause, one may argue that the waiver entered during the plea is unenforceable, i.e. that it was not entered into in a knowing and intelligent manner or for some other reason.  If the appellate court agrees that the waiver is unenforceable, then it will reach the merits of the underlying claim.  People v. Espinoza (2018) 22 Cal.App.5th 794, 803.
However, no certificate of probable cause is required for an appeal raising an issue not within, or outside, the appellate waiver.
If the calculation of custody credits was done after the plea was entered, then no certificate of probable cause would have been required.  Here, however, the trial court performed this calculation and Becera knew what it was before he entered into his appellate waiver, so his appeal would require a certificate of probable cause to proceed.  Thus, the trial court judge did not sign the certificate of probable cause and the appeal was properly dismissed without reaching the custody credits argument at all.
The citation for the Sixth Appellate District Court ruling discussed above is People v. Sotero Genaro Becerra (6th App. Dist., 2019)  32 Cal.App.5th 178, 243 Cal. Rptr. 3d 657.
For more information about sentencing issues, please click on the following articles:
Contact us.